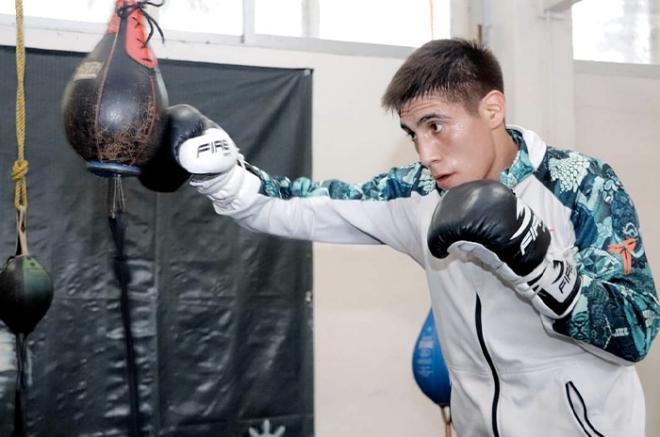 Toluca/State of Mexico Mexicans Ernesto Salcedo and Hytan Ramos will be the stars of the billboard presented by Producciones Deportivas, Al

Mexicans Ernesto Salcedo and Hytan Ramos will be the stars of the billboard presented by Producciones Deportivas, All Star Boxing and Estrella TV this Friday, August 26 at Toluca, Mexico statewhere the vacancy for the FECARBOX silver super bantamweight championship of the World Boxing Council (WBC) will be at stake.

Fate once again brings Ernesto Salcedo and Hytan Ramos face to face this Friday in a fight that promises to be much better than the first, and where the difference is that now a championship will be at stake.

It was the night of July 30 last year when the faces were seen, on that occasion the battle was at the Vienna Forum in Mexico City and the victory was taken by Ramos by technical knockout in the fourth round.

To make the fight more even, since that night, both have only had one fight and both fell. Ramos against Ronal Batista in Panama, by unanimous decision, and Salcedo by the same route against Arturo Iván Hernández.

Salcedo and Ramos will be in charge of starring the first boxing show in Toluca after five years of absence, so it will be a special night for the winner, who will have a place in the history of the Mexican capital. It should be noted that the last fight had been between Ibeth la “Roca” Zamora against Esmeralda la “Joya” Moreno, in 2017.