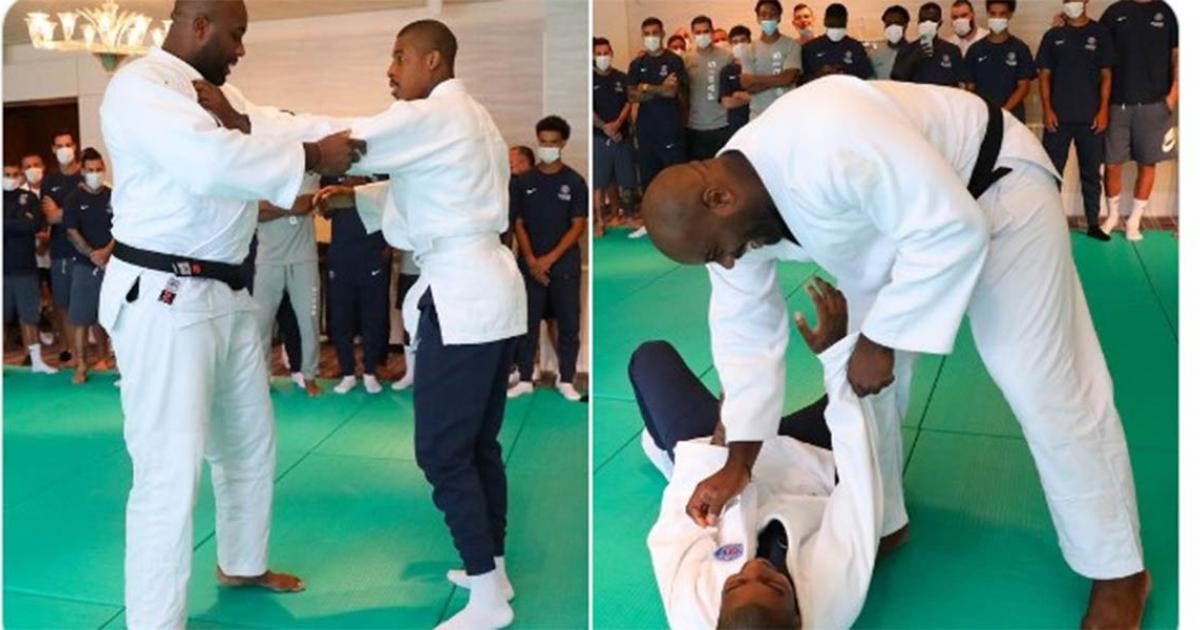 Sports Writing.- The Paris Saint Germain squad, which is on tour in Japan, took advantage of the day to pay a very special visit to the Kodokan ins

Sports Writing.- The Paris Saint Germain squad, which is on tour in Japan, took advantage of the day to pay a very special visit to the Kodokan institute, where players such as Kylian Mbappe, Marquinhos, Achraf Hakimi, Presnel Kimpembe, Juan Bernal or Mauri Icardi changed the soccer suit for the kimono.

Mbappé, Marquinhos, Kimpembe, Bernat, Icardi, Achraf and Thilo Kehrer donned their kimonos, and received a light notion of judo from the judoka ‘masters’. Later they also had a meeting with the youth of the center.

For Marquinhos it was “a wonderful moment” to be able to “share with these great French and Japanese judo athletes.” “It is an honor for us to be received here, we know the symbology of this place and of this sport in Japan. It is very enriching to be inspired by these athletes who have values ​​that I want to defend as captain within the team, such as respect for others, solidarity, honor and self-control”, commented the Brazilian.

Riner was “proud to represent the judo section of Paris Saint-Germain during this exceptional tour in Japan”, as they have “very strong ties of respect with the judokas who are trained here” and assured that he was delighted to introduce the players of the soccer team and “live a moment of exchange and complicity”.

Nomura also assured that it was “a privilege” to meet PSG footballers “who embody football at the highest level in Europe.”

“This event allowed us to cross our two disciplines and evolve together on the same tatami, this is a strong symbol for me,” said the Japanese, who added that he is also proud “to have shared this moment with Teddy Riner, an ambassador of judo whom we respect a lot in Japan”.

PSG, which is in pre-season in Japan, beat Kawasaki Frontale in the first friendly played, 2-1, with goals from Argentine Leo Messi and Arnaud Kalimuendo, and this Saturday they will face Urawa Red Diamonds led by the Spaniard Ricardo Rodriguez. On Monday they will face Gamba Osaka.

Tags: PSG
Real Madrid, the most valuable football club brand in the world
He wants to retire from football, kick Leonardo out and take command of PSG
These are the records that the Argentine has in football
FOOTBALL 3176