PSG President: “In the COVID pandemic, football survived because of the investment made” | Soccer | Sports 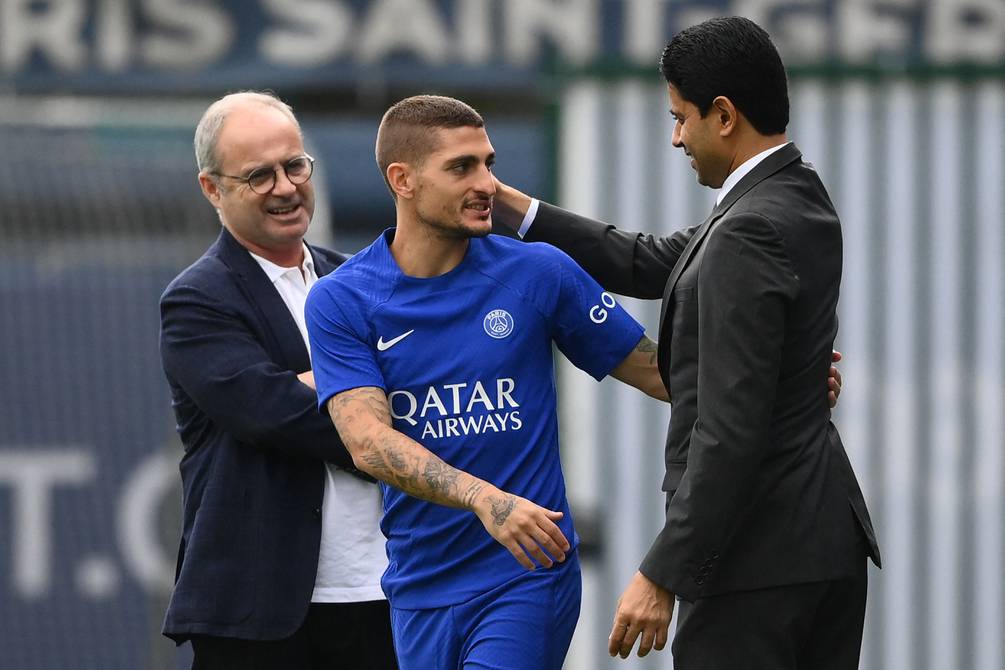 The president of Paris Saint-Germain (PSG), Nasser Al-Khelaifi, today called for a regulation to prevent football clubs from getting too much debt,

The president of Paris Saint-Germain (PSG), Nasser Al-Khelaifi, today called for a regulation to prevent football clubs from getting too much debt, since debt “is a danger.”

It would be necessary to “create rules that protect European football clubs” so as not to enter high levels of indebtedness, insisted the Qatari during his participation in virtual mode in Football Talks, conferences organized at the headquarters of the Portuguese Football Federation (FPF) , in Oeiras (Lisbon).

He recalled that, “in the COVID pandemic, football survived because of the investment that was made” and that, “otherwise, it would not have managed to overcome the situation as it did”.

However, he pointed out that “many clubs lost a lot”, which led to them being “deeply in debt”, and pointed out that there are teams that have 1,800 million euros in debt -without giving names-, and “that is a danger” for sport, he warned.

Likewise, he recalled that if football does not monopolize investment, it will go to other sports.

Even so, he predicted a “bright” future for football and invited people to think “outside the box”, to be “more creative” and to generate more interest among the population.

He defended that “the football ecosystem is much larger than just two or three clubs” and that “it is very important that people can see that there are no elites.”

The Qatari reinforced his rejection of the European Super League and defended the new Champions League formula, which, in his opinion, “is a success.”

He also advocated investing in women’s football, although it takes time to give benefits: “It is necessary to have some patience at the beginning.”

He also acknowledged that “there is a lot to do”, especially in the younger generations to achieve a “very competitive” women’s Champions League.

The conferences, which began on Monday and will end on Tuesday, will include figures from the world of sport, such as the president of UEFA, Aleksander Ceferin, former player Luis Figo, and the president of the FPF, Fernando Gomes. (D)

The richest football team owners in the world
Ukrainian Premier League, suspended; uncertainty over Russian invasion
The first asteroids of the year: like a bus, a football field or Big Ben
FOOTBALL 3673