Puebla boxing trusts to fulfill its competition calendar in 2022 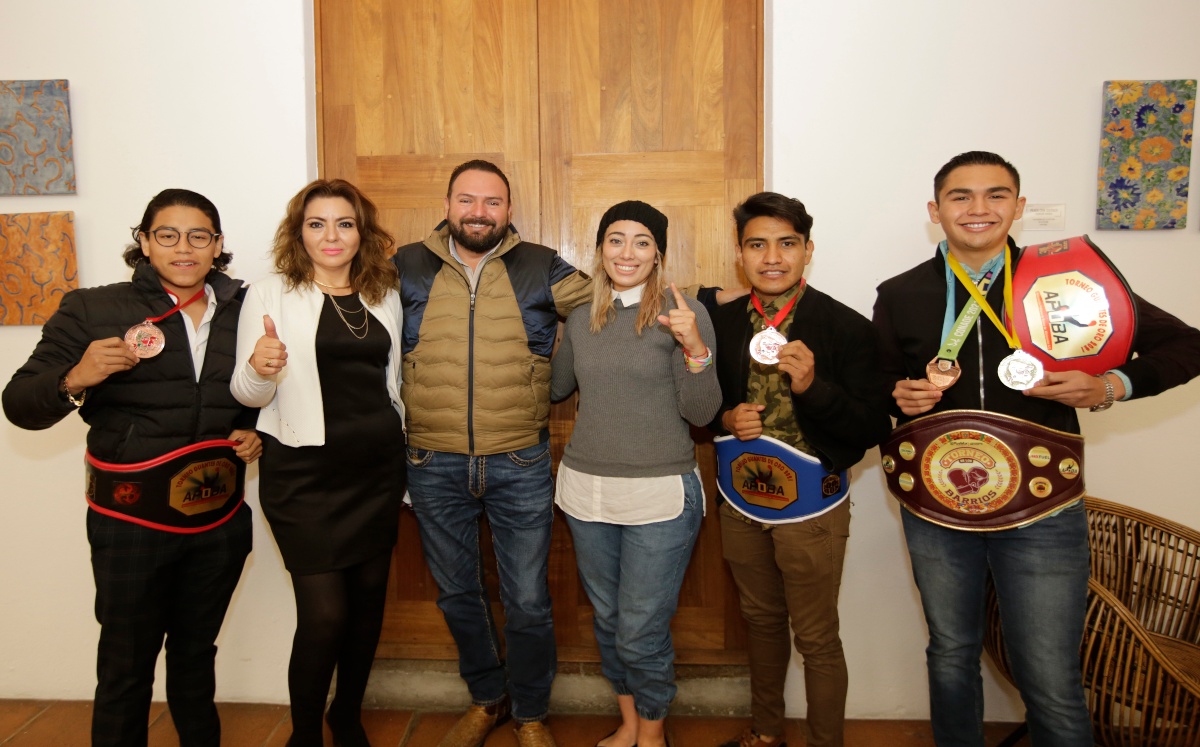 By 2022, the Poblana Association of Olympic Type Boxing (Apoba) is confident of being able to carry out its full calendar of events, which

By 2022, the Poblana Association of Olympic Type Boxing (Apoba) is confident of being able to carry out its full calendar of events, which would begin with the State Selective, which would be at the end of January and the beginning of February. next; Then they would fulfill the Regional Selective and the 2021 National Games, whose date and venue must be designated; same as him Olympic Festival and the National First Force Championship.

The return of the Tournament of the Barrios is also expected, which held its last edition in 2019, and, of course, give continuity to the Golden Gloves Tournament and Alpha Cup.

This was announced by the president of that body, Antonio Rico Hernandez, who made an account of what they did in the present year, in which the highlight was the return from competitions and events face-to-face for members of the Apoba.

He recalled that after almost a year and a half of suspension, his athletes, coaches and judges had the opportunity to reactivate and return to the ring to measure their achievements and achievements.

He indicated that after everything was canceled in March 2020 type of competences as a result of the appearance of SARS-CoV-2, which produces the covid-19 disease, so they had to wait practically a year the boxers and coaches to have a gradual return until closing the year with beating drum.

In his balance of what he left in 2021, Rico Hernández highlighted that the first face-to-face event in the year was the Regional Selective, which carried out in March in Puebla, where a total of six athletes they got their pass to the national phase.

In the final stage of the 2021 Conade National Games, based in Monterrey, Puebla returned to the podium by adding three bronze medals through Osbel de Luna, Luis Gael Mejía and Rodolfo Ruiz.

While at the end of October the National Championship of First Force and the Olympic Festival, where a title with Osbel de Luna in the Junior category and two bronze medals in the Elite category through José Luis González and Ricardo Baruch.

The outstanding thing was precisely Osbel&#8217;s gold medal de Luna, who gave Puebla a championship back after almost two years, already that 2019 was the last year in which the National Olympiad was held and the Olympic Festival.

Regarding local tournaments, the Apoba formally resumed their competitions with two events that returned after a long time: the Golden Gloves Tournament and Alpha Cup.

At the Golden Gloves Tournament, which took place in Chachapa, met 60 competitors mainly in the categories Youth and Elite; while the Alpha Cup, organized by the Alpha club, exceeded expectations and had a record of more than 120 athletes from the Beginner to Elite categories, positioning this event as one of the best in recent years.

Special mention should be made of the participation of the president of the Apoba, Antonio Rico, in two tests of international stature; first as part of the coaching staff of the Mexican team in the World Championship of Boxing based in Serbia and later as head coach of the Mexican team boxing at the Pan American Youth Games based in Cali, Colombia.

In that same event, the judge-referee international a star and member of Apoba, Pilar Morales Javier, was part of the official body that sanctioned these Pan American Games.