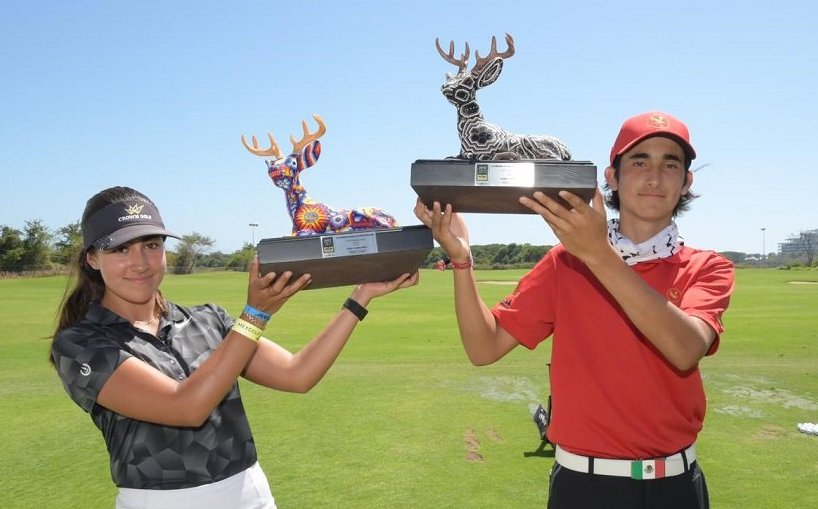 The beginning of the LXXI National Championship – XXV International Edition is near, one of the most emblematic tournaments of children's

The beginning of the LXXI National Championship – XXV International Edition is near, one of the most emblematic tournaments of children’s and youth golf at the national level.

This edition will give space to more than 300 players who will meet from April 10 to 12 in the fields of La Vista Country Club, El Cristo Club Campestre and Las Fuentes Golf Club.

This year, there will be the presence of boys and girls from the United States, Spain, Japan, Vietnam, India, Panama and Guatemala. The best foreign player in each category will receive recognition.

Golfers arrive motivated to the state of Puebla, because a good performance during this week will give them the opportunity to represent Mexico and our federation in different international competitions.

Among the most important prizes are the exemptions to tournaments such as the Rolex Girls Junior Championship (AJGA), Wyndham Invitational at Sedgefield, The Duke of York, the US Girls Qualification, US Boys Qualification, the International Junior Masters, FCG Cabo World Series at Palmilla , The Evian Championship Junior Cup and the KPMG Stacy Lewis All Star.

The category 7 and under, 8-9 years old will compete at the Las Fuentes Golf Club, located 15 minutes from the historic center of Puebla. Meanwhile, the categories 10-11, 12-13, as well as 15 and under will play at El Cristo Club Campestre, a challenging course, which has several lakes and spectacular views of the Popocatepetl volcano.

For its part, the 18 and under category will cross poles at La Vista Country Club, a course developed by the prestigious designer Robert von Hagge and built by the company of renowned golfer Jack Nicklaus.

Alexa Saldaña and Alejandro Fierro, last champions of the tournament in category 18 and under, will not be present to defend their title because they will represent Mexico and the Mexican Golf Federation in the TOYOTA Junior Golf World Cup Qualifier.

Loading...
Newer Post
NBA: Fight in the NBA: massive tangana with expelled and the most threatening finger
Older Post
Australian GP F1 2022: Sebastian Vettel is forced to use a fire extinguisher due to a problem in his vehicle at the Australian GP