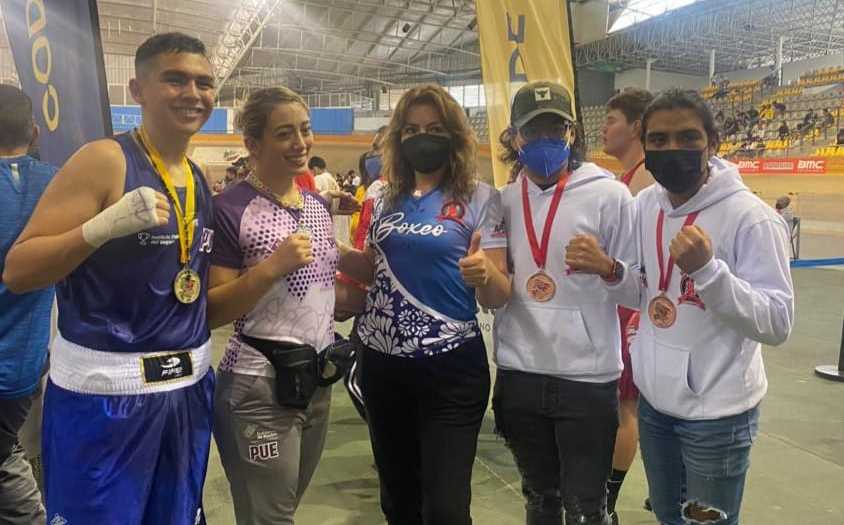 After defeating the Baja California team by suspension of the fight through the referee, the Puebla Osbel de Luna Gil was proclaimed champion within the National Elite Boxing Championship that last weekend came to an end in Guadalajara, Jalisco, which for the State Association of the specialty it represented a historic achievement that was complemented with a couple more medals.

Battle that De Luna faced Diego Hagwood, who in the second episode was the victim of the accurate blows of his rival, a situation that forced the third on the ring to decree victory in advance for the Angelópolis, who thus became monarch of the division of 75 kilos in the Junior category, where he showed his power with both fists in each and every one of the rounds in which he fought.

Osbel adds another triumph after previous success in Guanajuato

On his way to the scepter, Osbel achieved three important victories, the first of them over his counterpart from Guanajuato, whom he dispatched by unanimous decision, the same verdict he obtained against the Chiapas team, which opened the way for him to dispute for the gold medal against Baja California.

With the harvest of the golden medal, Osbel de Luna initialed a dream season, this after obtaining bronze in the 2021 CONADE National Games, so the first place served to remove the thorn thanks to the work carried out in recent months hand in hand with her coach, former national champion Shirley Ann Muñoz.

It should be noted that in addition to gold, in the division of less than 71 kilos, José Luis González took bronze, a metal that Ricardo Baruch repeated at the time, but as regards the 60-kilogram category, which placed Puebla as one of the best entities in the contest at the country level.

Loading...
Newer Post
UFC: Dana White already has a rival for Chimaev: “We want him one hundred percent”
Older Post
“The UFC was a goal; the dream is to give everything to my mother “