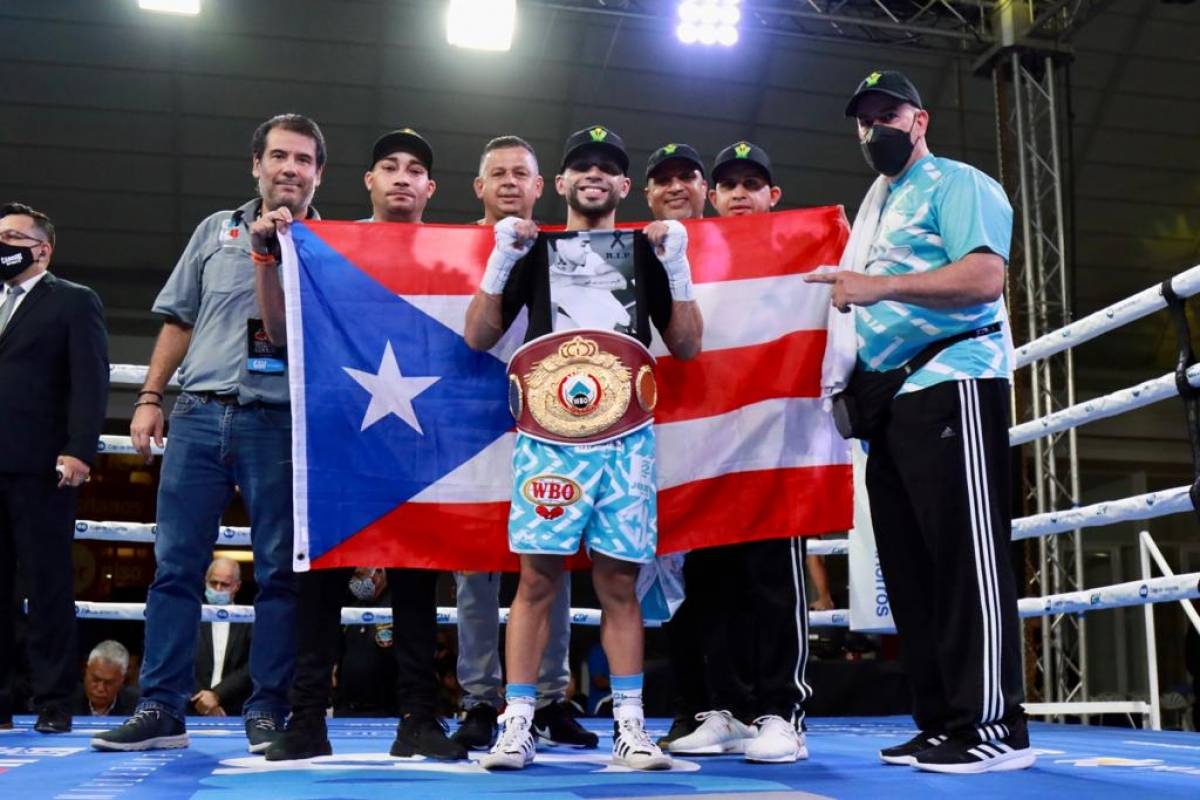 Oscar 'El Pupilo' Collazo (4-0, 3KOs) made it clear why he is the new face of boxing in Puerto Rico, with only four fights he made history by winn

Oscar ‘El Pupilo’ Collazo (4-0, 3KOs) made it clear why he is the new face of boxing in Puerto Rico, with only four fights he made history by winning the Latin championship of the Organization’s mini fly division (105lbs) World Boxing Championship (WBO) by overwhelming the Ecuadorian Pedro Villegas (13-2, 4KOs) with explosive combinations to the body and the head, knocking him down three times in the third round.

The end came at 2:47 of the third round when referee Héctor Afú ended the fight, which took place in Panama.

“I’m very happy, I felt strong, everything we worked on in the gym came out. I trained very hard for this fight and everyone saw the Pupilo,” Collazo said in written statements.

“Oscar is a special talent, he is very intelligent in the ring, he made history in Puerto Rico in a forceful way, he will soon be world champion. Oscar Collazo is the new face of boxing in Puerto Rico,” commented promoter and vice president Héctor Soto.

“We made history and I am very grateful to my family, and my team to the WBO family and to Paco Valcarcel for the opportunity; but my goal is to be world champion. I will not rest until I achieve it, whether in Puerto Rico, Japan or wherever. be”. Villalba and Puerto Rico this championship is for you, “said ‘El Pupilo’, who is promoted by Miguel Cotto Promotions along with Golden Boy Promotions and H2 Entertainment.