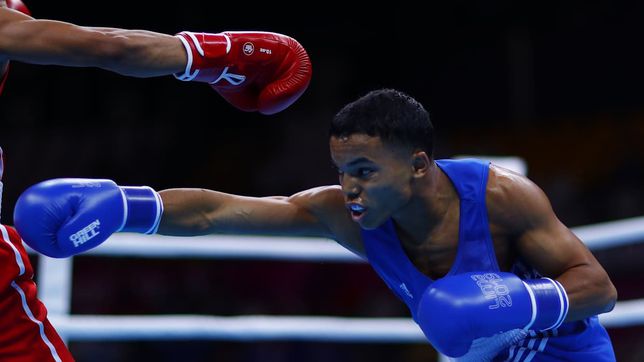 Puerto Rican boxing will have a new representative among flyweight professionals with the addition of Yankiel 'El Doctorcito' Rivera. The 24-year-

Puerto Rican boxing will have a new representative among flyweight professionals with the addition of Yankiel ‘El Doctorcito’ Rivera. The 24-year-old boxer would fight in the 112 and 115 free classes, since his intention is to progressively gain weight.

In the flyweight category, the best exponents at present are the Japanese Junto Nakatani, the British Sunny Edwards, the Mexican Julio César Martínez and the Puerto Rican McWilliams Arroyo.

According to BoxingScene, Rivera had a record of 133-14, with 38 knockouts as an amateur boxer. Prior to professionalism, ‘El Doctorcito’ participated in the 2020 Tokyo Olympics and in the 2017 and 2021 World Amateur Championships.

His greatest achievements were at the Central American and Caribbean Games in Barranquilla 2018 and at the Pan American Games in Lima 2019, in which he won the bronze medal in flyweight. In Barranquilla he was defeated by the Dominican Rodrigo Marte and in Lima he was beaten by the Cuban Yosvany Veitía.

No promoter at the moment

As reported by BoxingScene, Rivera is considering his options to choose a promoter. At the moment, he is advised by Miguel Ortega, former commissioner of the Puerto Rico Boxing Federation.

Andy Ruiz Jr will fight in Mexico against Tyrone Spong on July 16 | sports boxing
The “Finito” will be the scene of a great boxing evening
Why don’t boxers punch with two hands at the same time?
BOXING 3627

Loading...
Newer Post
Drought in the US depletes the Colorado River while Las Vegas irrigates its golf courses
Older Post
Three Valencians, for the European golf with Spain