Punta Mita Gourmet & Golf Classic, the tournament played in front of the Pacific 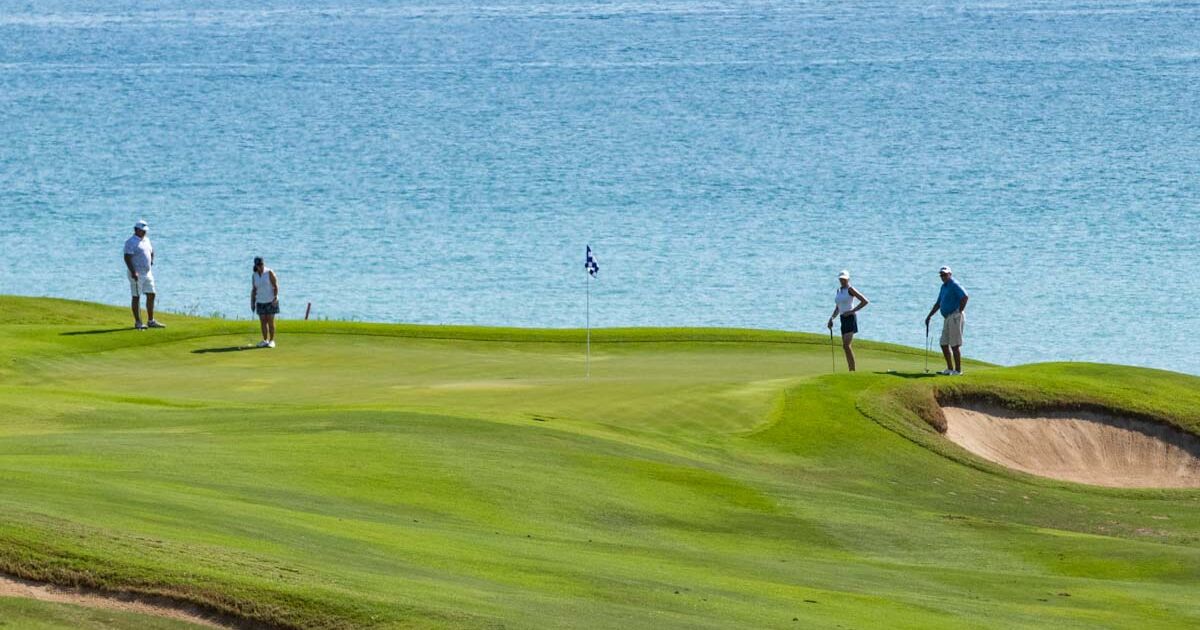 During four days full of sun and clear skies, from December 2 to 5, attendees enjoyed the cuisine of the host chefs and special guests

During four days full of sun and clear skies, from December 2 to 5, attendees enjoyed the cuisine of the host chefs and special guests in an atmosphere of joy and reunions, on and off the field. They also had the opportunity to spot humpback whales in the distance while showing off their best shots and trying iconic holes such as Bahía 17, overlooking the Marietas Islands, or 3B Pacífico, called The Whale of the Tail for resembling the tail. of a whale: the only one in the world located on a natural island.

The views from the golf course create a unique atmosphere.
(Cesar Sandoval)

Lorena Ochoa, Craig Stadler and Jean Van de Velde, stood out among the golf figures who gathered in this tournament and shared with the players from tips to improve their performance, to the delicacies in charge of chefs such as Jorge González – executive chef of Four Seasons Resort Punta Mita—; chef Fernando Martínez Zabala, who served a great dinner in Carolina with new chef Ernesto Torres; or the young and talented Mexican Abril Galindo, sous chef at Four Seasons in Austin, among others.

From early and beyond sunset, the chefs participated with their creations during the opening and closing cocktails, an exclusive lunch for golfers, a farewell brunch, as well as extraordinary lunches and dinners at the restaurants at Four Seasons Resort Punta Mita and The St. Regis Punta Mita Resort, two accommodations in this destination that are key in the celebration of the flagship event. One of the most memorable lunches was given by chef Leslie Durso, specialist in vegan cuisine and menu advisor at Four Seasons Punta Mita: among other dishes, she spoiled diners with a cucumber carpaccio accompanied by a gazpacho sorbet and gnocchi with creamy spinach pesto paired with Valle de Guadalupe wines.

Throughout a decade, the tournament presented by American Express has received more than 1,600 participating golfers, with Aeroméxico as its official airline. And it is ready for a new edition in 2022.

Tags: Golf, Punta Mita, Travel and Gourmet
The Pulsar Foundation recovers its charity golf tournament in Valdeluz | NewAlcarria
Jon Rahm reveals the day he played golf against Rafa Nadal … and lost!
Matsuyama is determined to give excitement to the Zozo
GOLF 1289