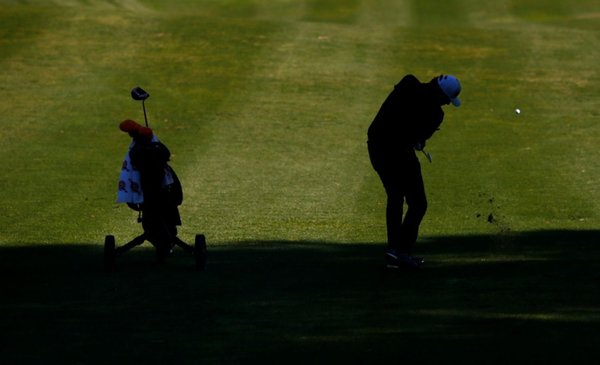 "The club is open to all who want to join", as stated in advance by the president of the City Bell Equestrian and Golf Club, Marcelo Picci

“The club is open to all who want to join”, as stated in advance by the president of the City Bell Equestrian and Golf Club, Marcelo Piccininiwho explained that the tournament that began this morning and will continue throughout Saturday called for a total of 160 players from different categories to enjoy sports and the outdoors in the city.

As the leader explained to 0221.com.ar the new 18 Holes Medal Play began at 8 with the first departure of the participants and a new one is scheduled from 2 p.m. “160 players signed up, 124 in the tournament that is played in four categories according to each one’s handicap; and 36 rookies who are starting to practice this sport”Piccininni explained and added, along the same lines, that “everyone can come to play golf with or without experience.”

The tournament, which will include the presentation of trophies among the most outstanding golfers and the draw for a variety of prizes among all the participants, will take place in four mixed categories according to the experience of the competitors: from 0 to 16, from 17 to 24, from 25 to 36 and from 37 to 54 hcp. “We play all day and we can’t add more players because they don’t give us the hours of the day, because of the light”Marcelo indicated to this medium, but added that those who are interested in participating can join the next editions of the tournament that will take place in the coming months, at the rate of one each month. This new edition will also have two special competitions: a long drive on the 12th hole, where the competitors will measure the range of their shots; and two Approach on holes 8 and 16, in which players must try to get as close as possible to them with just one shot.

The intention of the organizers is to raise funds to support the operation of the club. “We have a lot of expenses and everything is getting more and more expensive, but we don’t want the members to end up paying for it. Fees have not been increased since March and although we know that at some point we are going to have to do it, we want the impact for the members be as low as possible,” said Piccininni in reference to the harsh economic situation the country is going through.

The leader, however, clarified that “the doors are open” and said that Those who want to learn to play golf can go to the academy that works in the Club, which offers free classes every Monday, Wednesday, Friday, Saturday and Sunday, including the loan of clubs and everything you need to practice this sport..