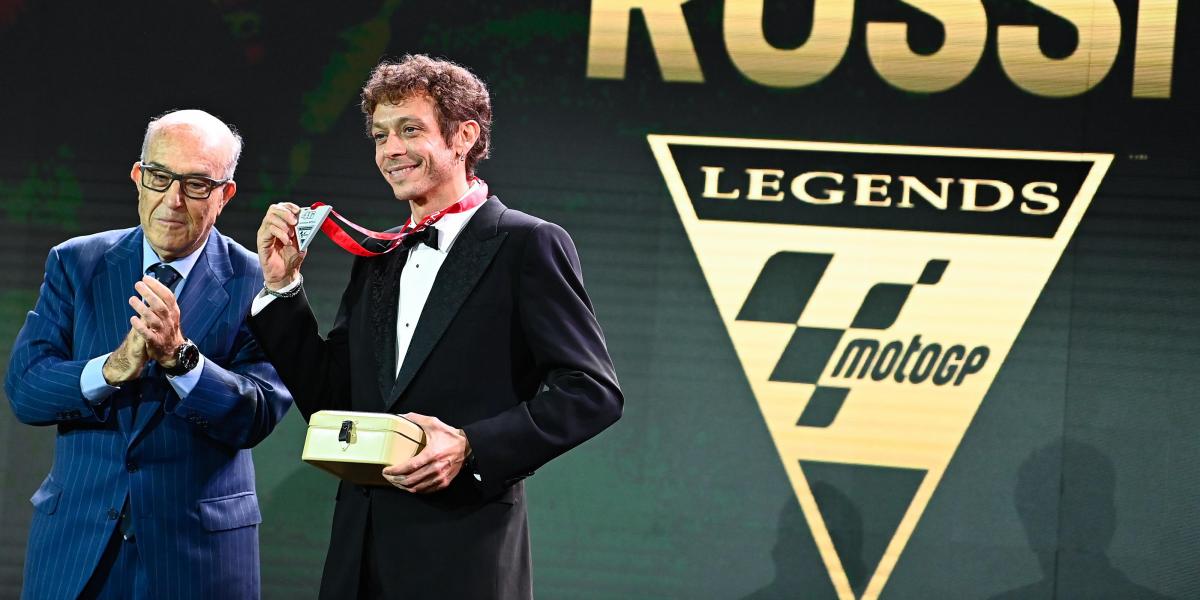 Valentino rossi (Petronas Yamaha SRT) is already officially, from the night of this Sunday, member of the MotoGP Hall of Fame and championship legend. The nine-time world champion was the main protagonist of the final gala of the MotoGP World Championship held in Valencia this Sunday.

This lived its peak when the CEO of Dorna, Carmelo Ezpeleta, gave Rossi the MotoGP ™ Legend trophy on stage to commemorate his 26 seasons at the World Cup. In them he has obtained nine world championships, 115 victories and 235 podiums.

The gala also left the awards ceremony for the world champions of the category. Fabio Quartararo added his name as the 2021 winner to the official MotoGP trophy. What’s more, Remy Gardner and Pedro Acosta they also received their awards as Moto2 and Moto3 world champions, respectively.

Quartararo He was thus one of the great protagonists of the night and was supported by Francesco Bagnaia and Joan Mir, members of the final MotoGP podium. Bagnaia was recognized as the rider with the most poles of the season, Johann zarco was awarded as best independent pilot and Jorge Martin he took the ‘rookie of the year’.

The gala also recognized Ducati as a champion team in MotoGP, with a title for the team Ducati Lenovo. In addition, they were awarded Kalex as the best brand in Moto2 and KTM as champion in Moto3. The best of the season in MotoE were also recognized, with a title for Jordi Torres ahead of Dominique Aegerter and Matteo Ferrari of the Red Bull MotoGP Rookies Cup (title of David alonso) and the FIM MiniGP World Series, with Izan Rodriguez as champion.

Bagnaia and Ducati complicate the title for Quartararo | sports
Lammens formalized the return of MotoGP in Santiago del Estero
MotoGP 2021: Crutchlow to race for Petronas Yamaha SRT in the next three races
MOTOGP 197