Quartararo “didn’t even know how to drive” 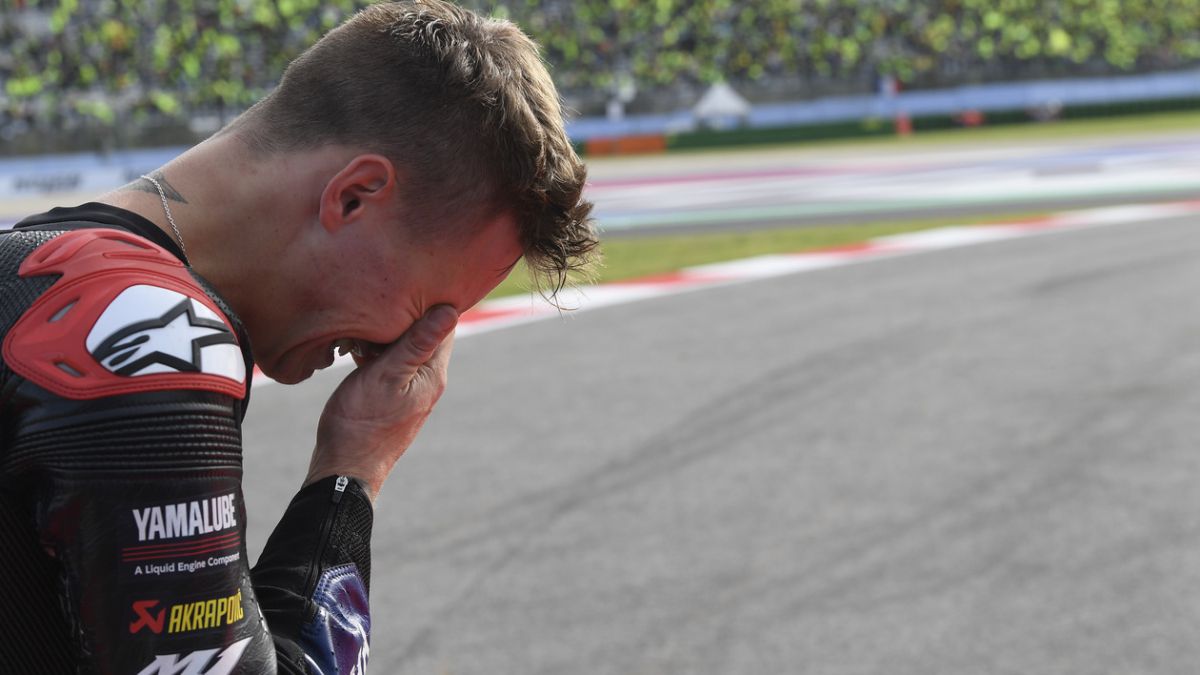 First he had to learn and later, experience took care of give him the reward in the form of a title. Quartararo took advantage of his new opportu

First he had to learn and later, experience took care of give him the reward in the form of a title. Quartararo took advantage of his new opportunity, left behind all the burdens that only a year before condemned him to deprive him of inaugurating his status as champion in 2020 and managed his superiority with maturity and temperance to pick up the baton from Joan Mir in the Emilia Romagna GP. Misano was the stage where the Frenchman became part of MotoGP history and although things turned against him during the race, the last five laps became a personal fight where he begged “for the checkered flag to wave now.”

The reigning champion is honest on ‘DAZN’ about how he experienced that end of the race in a scenario where the only driver who could prevent him from singing the alirón, Pecco Bagnaia, went to the ground conferring champion status on The devil before the end of the test: “In a split second, I looked ahead and saw a bike in the gravel and I thought: ‘Jack crashed in the first few corners, so it has to be Pecco.’ So I looked back at the TV monitors and said: ‘Now I am world champion’. And I didn’t even know how to drive anymore.”

Quartararo was fulfilling a dream that allowed him to free himself from all the uncertainties that marked the career of a rider, who came to the category almost empty and only with promises: “When I crossed the finish line, more than the good times went through my mind, the worst moments i had lived in the past and I was aware that I was world champion. It was a wonderful feeling.” She shared it with the people “I love the most” and the emotion translated into “an incredible celebration that I will keep with me forever. In 2016, especially my mother, she cried with sorrow. This time we were crying with joy.”

The Frenchman was fulfilling a dream with Yamaha that started loaded with pressure that he had to learn to deal with during the previous season. “It happened to occupy the square of Valentino and it was even more stressful to look at all the people around me”, confessed a Quartararo, who on the third date of the course knew that this could really be his course: “When I won in Portimao, I said to myself: ‘This is my year.’ He overcame all the setbacks that diminished him little by little during 2020, as his attitude in Montmeló showed, after receiving a three-second penalty: “I could have been very angry, but I took it for a laugh and I thought, ‘This is not going to stop me. Thus he managed to reach the top of a mountain where the difficult thing is not to get there, but to stay. and this year he faces that reality for the first time.

Tremendous: the MotoGP figure who broke a chilling speed record
Bagnaia renews with Ducati – Sport-Journal
Motorland invests 24.7 million for the extension of MotoGP until 2026
MOTOGP 538