Quartararo gets a bee sneaking into his helmet! 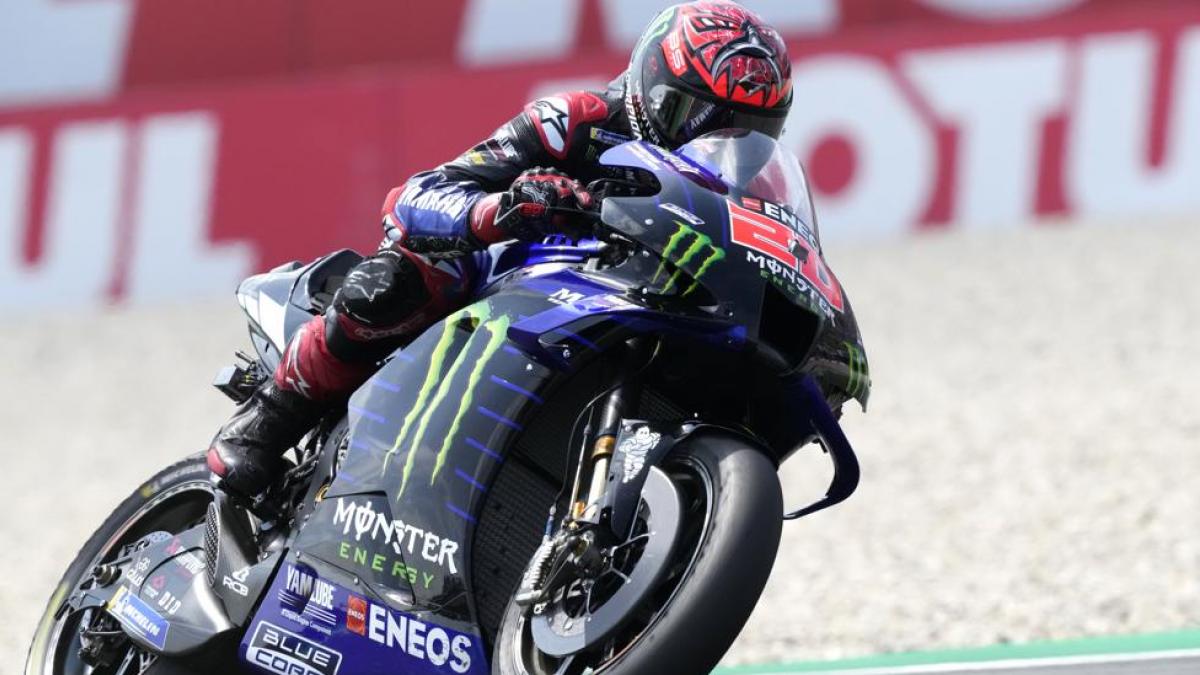 The leader of the MotoGP World Championship Fabio Quartaro does not win for scares. When the zipper of the jumpsuit is not unzipped to the navel in the middle of the race, as happened in the Catalan GP, ​​a bee slips into his helmet and ends up stinging his neck as it happened this afternoon in the last third of FP2. MotoGP race at the Motorland Aragón circuit.

There were about four minutes to go until the end of the training session when suddenly Fabio Quartararo started slapping his left hand on the helmet and his neck, as if an insect had crept in and was biting him.

Later, in his telematic intervention, the one from Nice explained that what had crept in was … a bee! “A bee got into my helmet, on the part of my neck, and it stung me. At that moment it was very painful,” explained the World Cup leader who was about to leave the track and stop to get rid of him. your attacker.

Gaul, who almost stopped to get rid of the bug.

On the day, in which he finished seventh in the combined in which he considers his most complicated circuit, he explained that “it was a good day for us, leaving aside the attack on time in the second training session, since I found a lot of traffic on the track and I couldn’t complete a clean lap, but finishing less than half a second behind Jack is a good result, we have potential. “

And he has a rhythm among the best: “It’s very good and I didn’t expect it, because everyone was doing the same lap times as me. I was quite surprised by my pace in the first outing because I was really consistent and I managed to turn consistently. Of course, I looked at the rhythm of my opponents. Bagnaia is also very consistent despite a crash. I think we can be satisfied with today’s work. “

His main problem lies in T4 and he reasons why: “We made comparisons with Cal (Crutchlow, his teammate in Alcañiz). He does the fourth sector very fast. Unfortunately I had to use a very old engine and the speed was low, so we did not have much power and that in the last sector shows. It is the worst part of the circuit for us, but we have ideas to improve tomorrow ”.

Loading...
Newer Post
NBA: Michael Jordan is not for sale: he rejected 100 million for appearing two hours in an act
Older Post
The center of the field that comes in the Real Madrid