Quartararo, on the Aragon GP: “It’s the toughest race we have left” 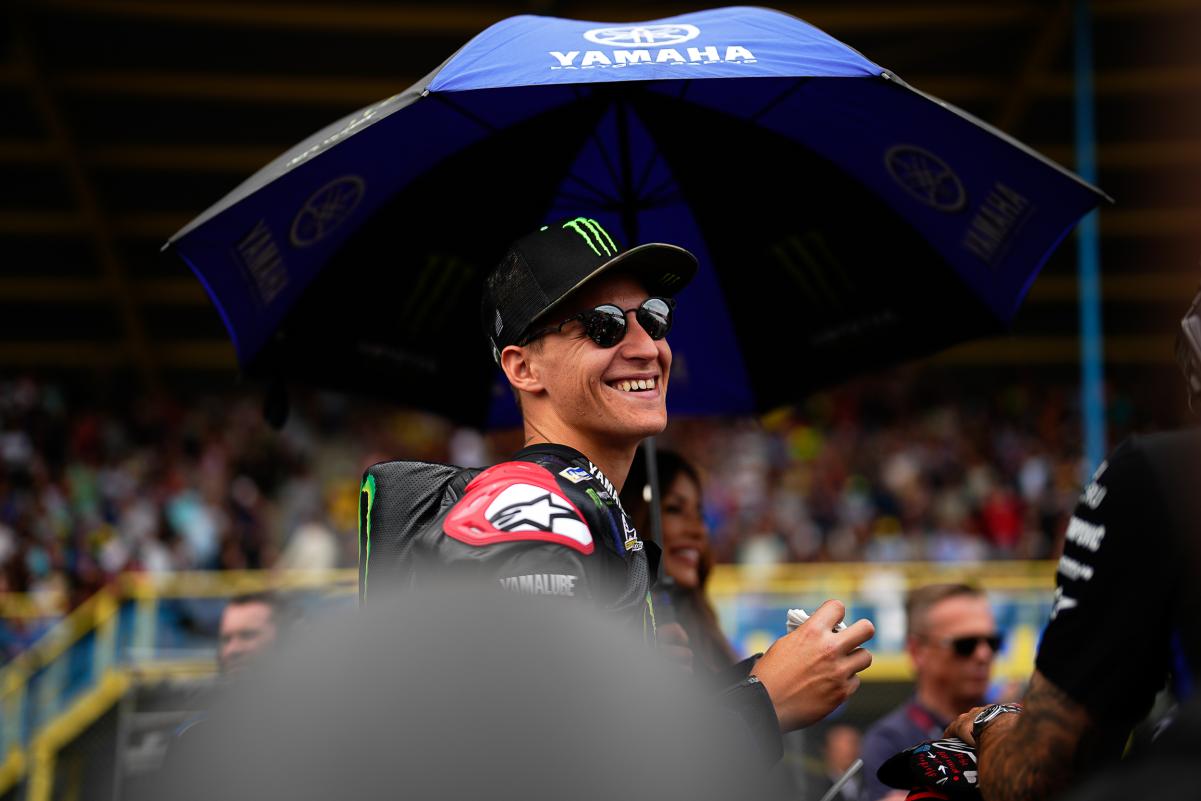 Photo: MotoGPThe French driver faces the most important part of the season. The defense of the leadership begins in a circuit that is not entirely

Quartararo, on the Aragon GP: “It’s the toughest race we have left”

The French driver faces the most important part of the season. The defense of the leadership begins in a circuit that is not entirely positive for him.

Yamaha arrives in high spirits after the test that took place in Misano. The Japanese factory tested a new engine and both fabio quartararo What Franco Morbidelli They expressed their satisfaction with the result obtained. However, in the remainder of the season they must return to reality and the Aragón Grand Prix is ​​not the best to tackle a very demanding triplet. “The atmosphere in the team is excellent, which is important before the start of the busy final chapters of 2022”says Massimo Meregalli.

The Italian explains how his two riders are after several days of rest: «Aragon is not an easy track for usbut neither is the Spielberg circuit, and Fabio’s pace was still competitive enough for him to take second place. Franky also knows the track very well and even won in 2020. We expect a very close race, but also we are curious to see what we can achieve this weekend«.

A Fabio Quartararo has a difficult weekend ahead of him in Aragón. The Frenchman’s best result in the premier class to date is a P5 in 2019. But, as always, he is completely determined to give 100% effort. «I think the Aragón GP will be the toughest race of the remaining GPs. But I am focused. I’ve never done better than a top 5 there before. Hopefully, we can be really strong, have a great race and be proud of ourselves.

For its part, Franco Morbidelli does have good memories of the Spanish track. With Petronas Yamaha, the Italian managed to claim victory in 2020. His year is not being as expected, so he hopes to have a positive end to the season: “We have made good steps before the Misano race. We have been on this positive trajectory, but we were unlucky during the race. This weekend we will try again. I have very good memories in Aragón in 2020 when I won the Teruel GP. We know that the competition is tough, but we have already shown that we can also get good results on this circuit«.

Tea SUBSCRIBE FOR FREE to Motosan.es in the bell 🔔? SCROLL DOWN to see the LATEST NOTICECIA!