Racism in Argentine soccer: A Colombian player left crying in the middle of the game after receiving racist insults [Video] 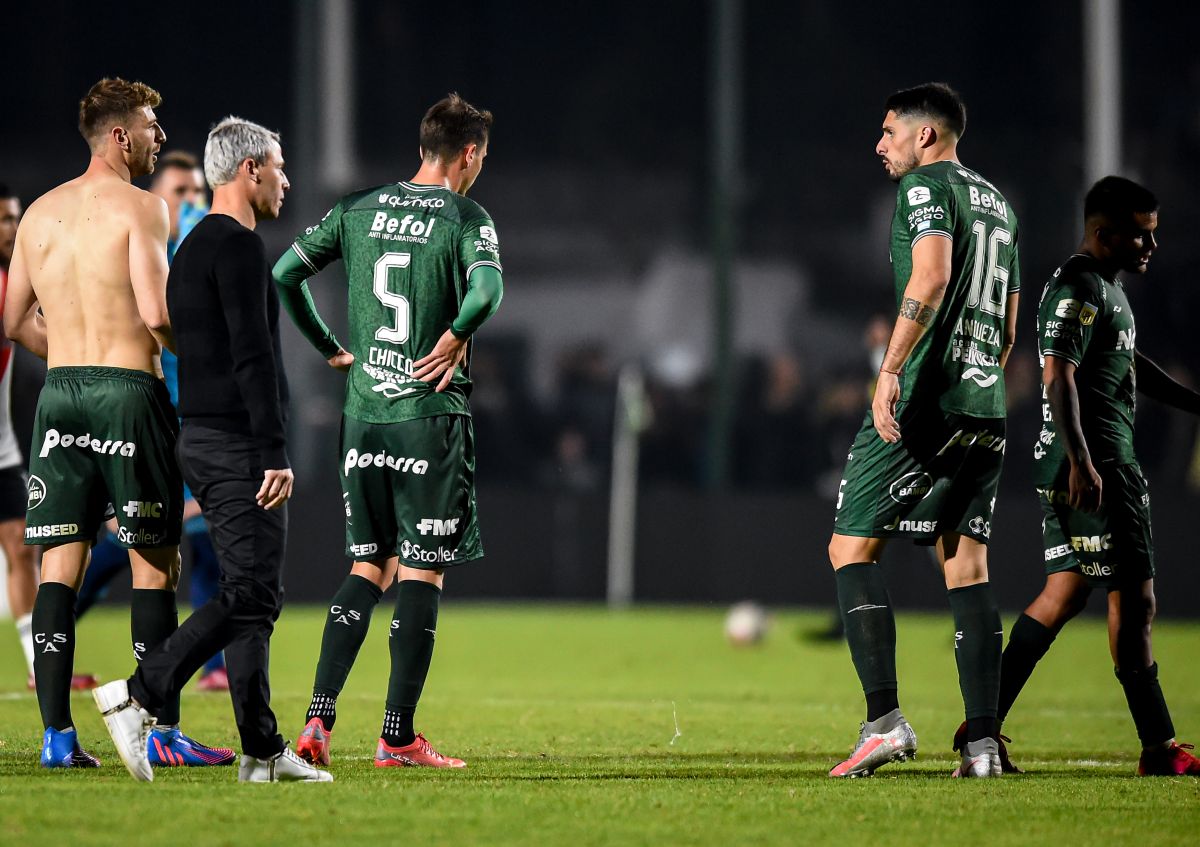 An unfortunate scene occurred this Sunday in Argentine soccer. Colombian Harrison Mancilla left the field in tears at the last minute m

An unfortunate scene occurred this Sunday in Argentine soccer. Colombian Harrison Mancilla left the field in tears at the last minute match after Sarmiento de Junín was changed due to injury to his team and received racist comments from a certain group of Platense fans.

“I am not angry, hurt at the moment. From the audience they shouted things at me that are not justified and my colleagues reacted to those words when they heard them”, dijo Mancilla in statements after the end of the match.

A couple of salamis yelled at Harrinson Mancilla, who left the field in tears. Luckily, most Platense fans noticed and located the pair of fools. I hope there are strong sanctions.

One thing is folklore, and another is racism.pic.twitter.com/nOIXeeLUmJ

Sarmiento’s coach, Israel Dalmonte, expressed the unfortunate moment of the racist words towards the Colombian soccer player and that more and more scenes like this are seen.

“I am embarrassed to repeat what they said, these are things that idiots shout, which unfortunately are becoming more and more in this country, and above is something that is contagious. Luckily there were people from Platense who criticized him because it was something that everyone heard. It seems to me that there are things that have already happened, and going back to the past with things like that is not a good thing for society in general and especially for those of us who are part of this sport, “said Sarmiento’s coach.

Some Sarmiento players observed the fan who was throwing the racist comments towards Harrison and they managed to point out so the police officers found him and took him out of the stadium where he probably won’t be able to get back in due to the insults.

“This is crazy. The one with glasses, the skinny one, the racist,” said one of the members of Sarmiento’s team who managed to identify the fan. His teammates appreciated that they managed to stop him so that these types of scenes stop in sports.

‘Real Madrid was lucky’: The argument of the general director of Manchester City after the fourteenth Champions of the merengue team

Bombazo: Cristiano Ronaldo is offered to Roma to meet Mourinho, an old acquaintance with whom he achieved great success

Tags: Sarmiento, Racism
Three deputies denounced Piquet for racist comments to Hamilton
They will take action against racist and homophobic comments during the Austrian GP
Harassment and racism, in the world of Formula 1
FOOTBALL 3182

Loading...
Newer Post
Boxing of the Dominican Republic meets and already secures five bronze medals
Older Post
Lebron James and his ambitious idea for when he retires from the NBA