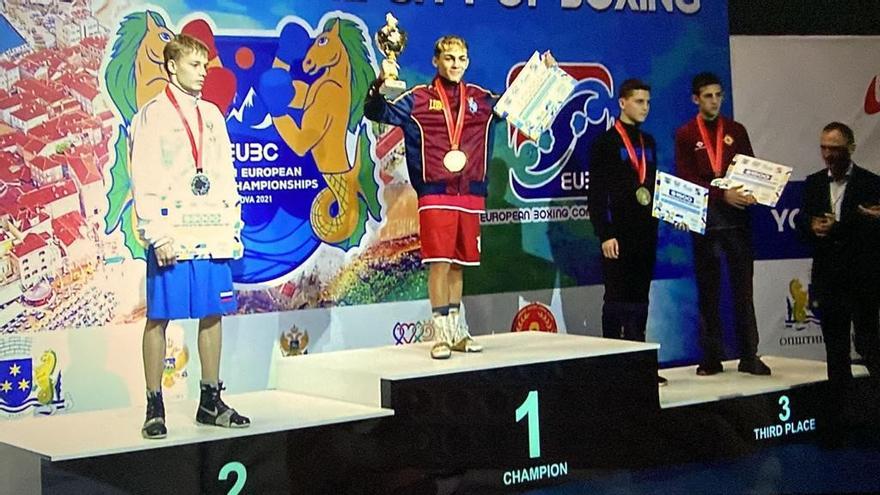 Rafael Lozano Jr., at the top of the podium in Budva.

Rafael Lozano Jr., at the top of the podium in Budva.
CORDOVA

The Cordoba boxer Rafael Lozano Junior, son of double Olympic medalist Rafael Balita Lozano, has won the gold medal in the Young European Championship that has been held until today in Budva (Montenegro). Lozano has been one of the eleven participants in the light flyweight (-48 kilos). A points victory over him Russian Nikita Polukhin in the final it has allowed him to conquer the continental title.

Lozano lived up to the great favorite for the title, so he will leave Budva with a gold medal around his neck and with the satisfaction of knowing that he is at the same level as the best promises on the continent, because he is also still in his first year in the category.

Lozano Jr. debuted winning in the eighth Armenian Tumas Tovmasyan, who defeated the points. In quarters he also beat the points at Turkish Ozkan Ozbay, one of the favorites to the podium. Already in the semifinals he defeated Moldovan Dumitrii Vieru by KO in the first minute of the opening round, as the Cordovan made a blow with his left to the opponent&#8217;s body that knocked him out of action.

Rafa Lozano has qualified for the final of the Young European Championship in Budva, Montenegro, after beating Moldovan Dumitrii Vieru in the first round. pic.twitter.com/eEhNCSJzTu

Rafael Lozano has been one of the eleven fighters who have traveled to Montenegro to defend Spain in the European Championship. Meanwhile, his father, a double Olympic medalist -Atlanta 96 and Sidney 2000- in his time as a boxer, is exercising national coach during the competition.

Lozano Jr. has won his second continental medal in Budva, as he already won silver in the Junior European Championship last year. Last April he won the national title in the youth category. He is the first Spanish boxer to win gold in training categories.

🌟 FIRST #ESP🇪🇸 IN THE HISTORY OF EUROPEAN CHAMPION OF LOWER CATEGORIES.