Rafa Nadal, fourth after the first day of the Balearic golf championship 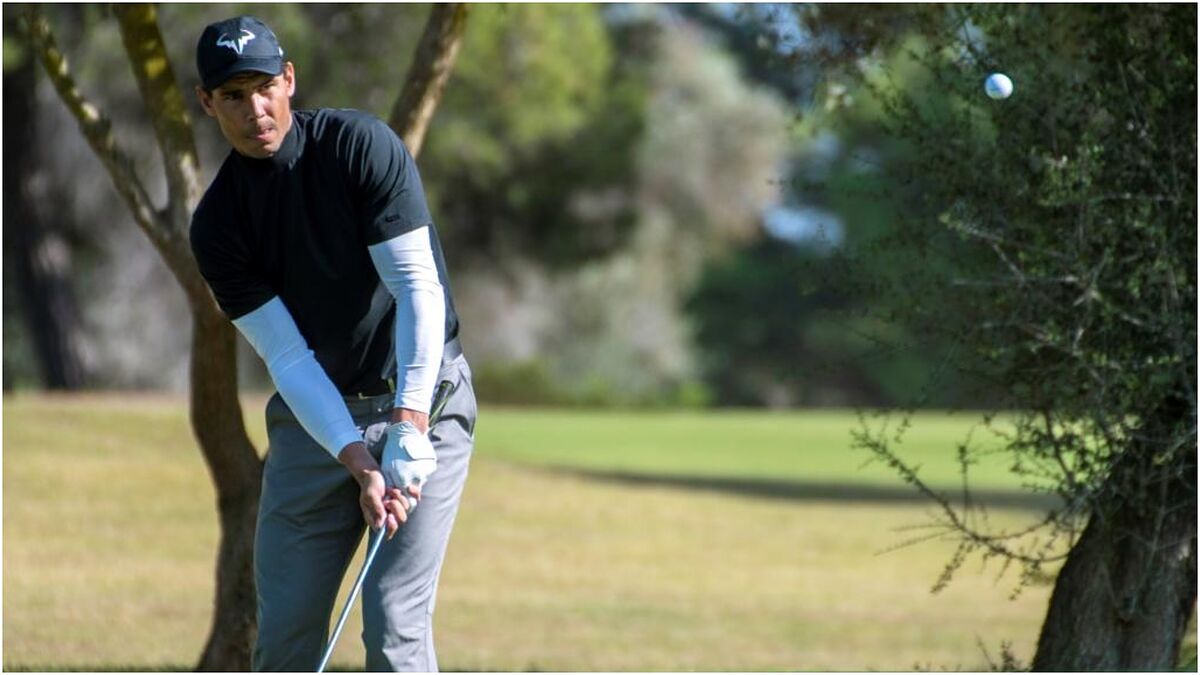 yes24 hours after he announced his intention to play at Wimbledon, Rafa Nadal changed the racket for the golf clubs. I went to the Son Servera fiel

yes24 hours after he announced his intention to play at Wimbledon, Rafa Nadal changed the racket for the golf clubs. I went to the Son Servera field to play the first of the two days that make up the Absolute Balearic golf championship.

Nadal (handicap -0.9) completed the 18 holes of the course with 76 strokes, four over par. It is located at those same impacts of the leader of the tournament: Marc Bisellach. The winner of 22 tennis grand slams It was launched at 9:18 a.m. He shared a match with Juan Pedro Manjn and Kirill Zubov. He came out with par on the 1st hole. Then, he added a bogey on the 2nd and 7th. His passage through the 506-meter par 5 of the 5th hole closed it with a triple bogey. He finished the first nine holes with a birdie.

In the second part of the course remained par with a birdie on par 3 of 13 and a bogey on 17. In this way, he presented a card with +4 that keeps him in fourth position in a tournament that has the participation of 68 players.

This year Nadal had already participated in a golf tournament. Two weeks after proclaiming himself champion of the Australian Open, he finished second in the Balearic Mid Amateur Championshipfor people over 25 years of age, which was held on the Alcanada route.

A fixture at golf tournaments in Mallorca

In 2021, Nadal played the Balearic golf championship for professionals in July. He finished the first day in second place, two strokes behind the leader. After the second tour, he reached 151 hits and +7. In the third decided not to participate to start preparing for the fast track tour

In 2020 he was also seen in some golf tournaments in Mallorca. In October Nadal finished sixth in the edition of the Balearic golf championship for professionals with five shots above par for a total of +9 during the competition.

In August, end fourth in the Absolute Balearic Golf Championship, who came to lead on the 10th hole, with -3 in his accumulated score, after an eagle. He had to settle for +2 at the end, after five bogeys in the last seven holes.

Loading...
Newer Post
NBA Finals 2022: The Celtics promise to be reborn after the defeat in the NBA Finals
Older Post
Arturo Vidal is among the champions of social networks in European football