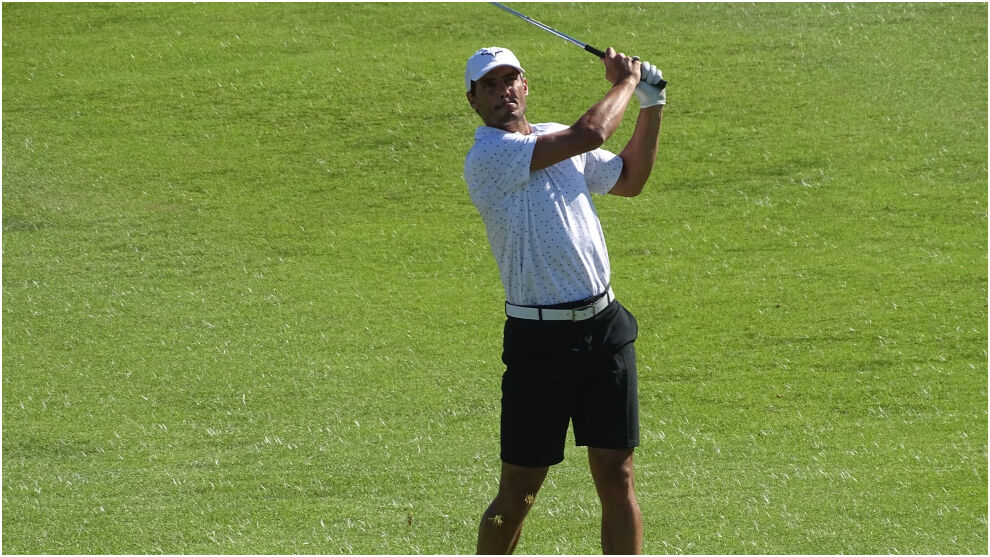 Rafael Nadal has once again changed the racket for golf clubs. The winner of 20 tennis Grand Slams second in the Balearic Golf Championship for professionals. The tournament is held on the West course of Marriott Golf Son Antem, for three days (from July 3 to 5).

Nadal started from the 10th tee at 8:20 a.m. Tomeu Ferrer and Lucas Albert were his party mates. The Balearic tennis player completed the course with 74 strokes, two above par. Is second, with the same hits as three other players. Sebastin Garca, winner on five occasions, including the last edition, Miguel Bisellach and Gerardo March. He is two strokes from Jos Insua, leader of the tournament.

In October 2020, Nadal finished sixth in this same event with five strokes above the par of the field for a total of +9 during the competition. In August, He finished fourth in the Balearic Absolute Golf Championship, who came to lead in the 10th hole, with a -3 in his accumulated, after an eagle

The tournament has the presence of 18 professionals and 27 amateur players. It is valid for the World Amateur Golf Ranking.

Nadal is a golf enthusiast and shows it every year by sponsor a solidarity tournament in the Mallorcan town of Son Servera, together with the golfer Jos Mara Olazbal.