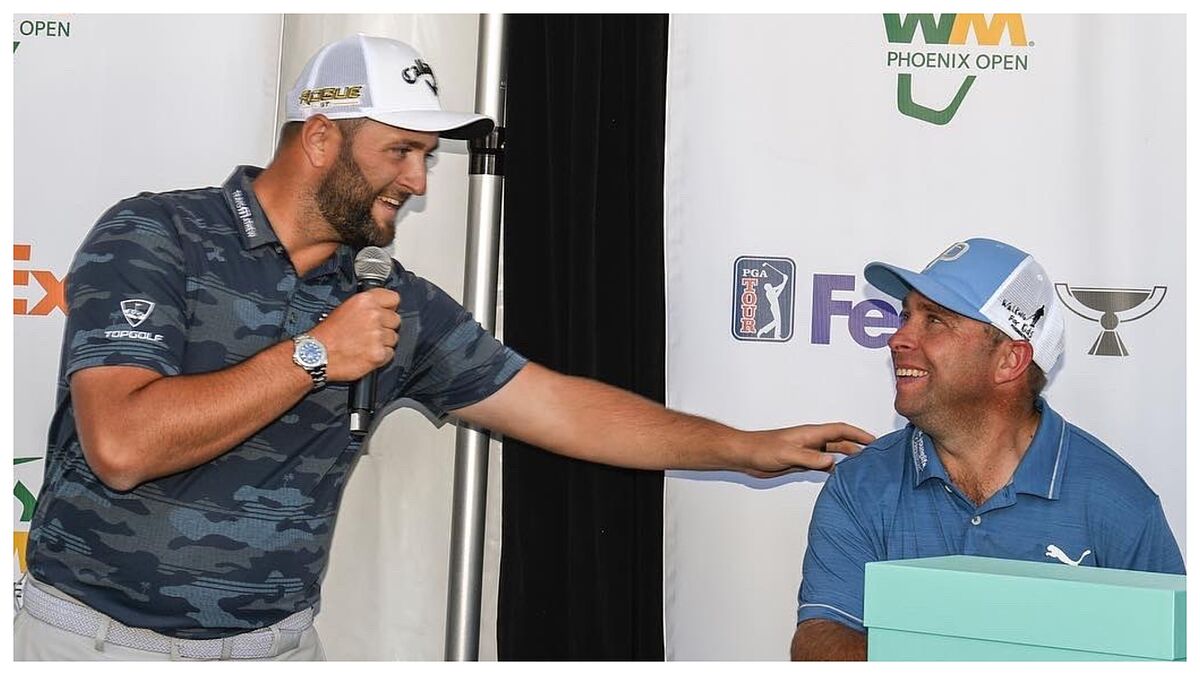 "I am so proud of him for raising over a million dollars for the foundation 'Walking for kids'. The PGA Tour Award Courage Award couldn't go to a

“I am so proud of him for raising over a million dollars for the foundation ‘Walking for kids’. The PGA Tour Award Courage Award couldn’t go to a better person!” says Jon Rahm in a message about a young man known in the golf world as DJ Gregory, who has just been honored with the American Tour’s Courage and Valor Award. According to the number one in the world, it is worth knowing the history of this boy.

In a week in which Jon plays the Phoenix Open at iconic TPC Socottsdale, a field that is a stone’s throw from his house and in which he is a favorite, Barrika’s has wanted the focus to be put on someone else. “DJ Gregory is the best PGA Tour story you’ve never heard of,” he notes. Specifically, he refers to Gregory’s, who was born with cerebral palsy and has walked more than 14,000 miles (more than 22,000 kilometers) and played 42,000 holes in PGA TOUR tournaments since 2008, in support of his ‘Walking For Kids Foundation’.

The award that the PGA has awarded Gregory includes a contribution of $25,000 by the Tour to a charity chosen by the winner, and said amount will be matched by Rahmwho incidentally will have a DJ accompanying him this week during the Phoenix Open.

In late 2009, a year after starting his walks through the PGA Tour tournaments, Gregory created the ‘Walking For Kids Foundation’, which invites players and fans attending tournaments to support various children’s charities. Recently, more than a million dollars were raised through the foundation, from where the money has been donated to more than 25 organizations.

Being Gregory a baby, his parents were informed that he would probably never walk due to cerebral palsy, but after undergoing several operations (first they had to break his legs to turn them) and after intense rehabilitation, the protagonist of this story has not given his legs a rest for years. His passion for golf took him to various tournaments and with the help of CBS sportscaster Jim Nantz, he became a PGA Tour fixture.. Moreover, since he created his foundation, it is the players themselves who demand that DJ Gregory accompany them in their game and then they make a donation.

Who will win the Phoenix Open? In the world of golf betting is too complicated, but Jon Rahm plays at home and then we have Viktor Hovland, who has won three of his last five tournaments. Around there are also Cantlay, Schauffele, Koepka, Thomas or Matsuyama.

Loading...
Newer Post
The face of a boxer disfigured after a fight goes viral on social networks
Older Post
Roger Goodell affirmed that the NFL will return to Mexico for the 2022 season | Sports NFL