Rahm: “It would be an honor to play a golf tournament with Rafa Nadal” 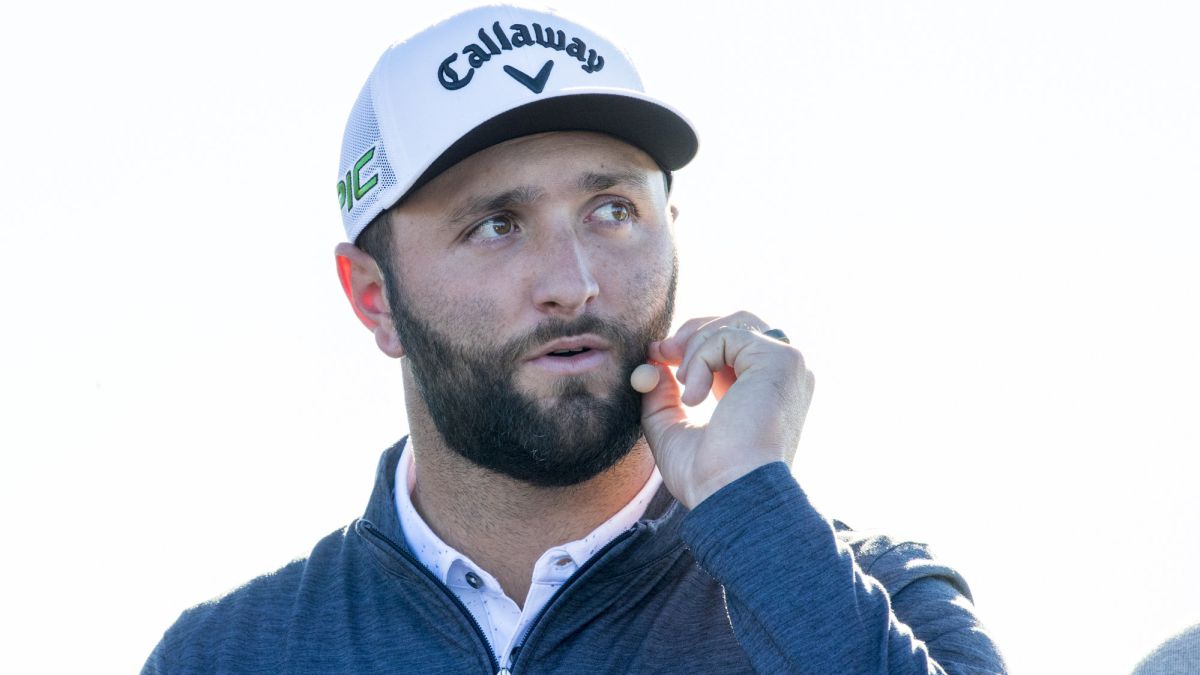 Spanish golfer Jon Rahm, world number one, declared on Tuesday that "it would be an honor" to play a tournament with tennis player Rafa Nadal, rec

Spanish golfer Jon Rahm, world number one, declared on Tuesday that “it would be an honor” to play a tournament with tennis player Rafa Nadal, recognized fan of this sport, and admitted that the Mallorcan is “a great idol and someone to learn from.”

Rahm will participate in the Spanish Open, which will be held from October 7 to 10 at the Club de Campo Villa de Madrid, with the aim of adding his third victory in this tournament to equal Severiano Ballesteros.

“Since December 21019 I had not been to Spain and it is what excites me the most, since being able to play in front of the Spanish public is important and also with the challenge of matching Seve”, said Rahm, who admitted that he is living a year of conflicting emotions.

“Missing the Olympics was a very hard blow. We have a year with a little bit of everything. The Ryder Cup was not what we expected and as a team it was a bit hard have such a result. I’ve had a lot of experiences for a year but I think the good has been better than the bad, “he confessed.

The Barrika golfer, current world number one, stated that He “always” believed himself “capable of reaching the top of the international ranking.”

“I confirmed it in 2015, as an amateur, when I was fifth in the Phoenix tournament. I had confidence but that was the reality. Before starting my professional career I knew what I was capable of”, said Rahm, whose progression is leading him to be the main reference in Spanish golf.

“I don’t realize that, but it’s also difficult when I don’t live here. Maybe when you get to a certain level, or on social media, the impact is greater. Yesterday 30 seconds passed since I arrived at the hotel, I went for a walk, and someone recognized me, “he said.

“Hopefully he transcends golf and is a benchmark, like Rafa Nadal, who is a great idol and someone to learn from. I do not know if I will reach his level in golf as in tennis, but hopefully I can be a reference for some child, “he said.

Precisely from Nadal, who usually goes to tennis tournaments with his golf clubs to play if the opportunity arises, Rahm admitted that sometime he would like to play a tournament with him.

“I would have loved to play with Rafa. He has ever had to play with athletes from other disciplines in other tournaments abroad and I see it well, as long as you don’t remove a deserving player from the job. It would be an honor. I was able to play once in Palm Springs, in college, and hopefully we can play again. “, he pointed.

On his personal situation, Rahm admitted: “If I had not reached number one I would be happy, or because when you give everything there is nothing to reproach yourself.”

“When I think of those moments, I think of the last twelve years, of the hours that I have put in to get to the top, and I know with a certain humility that I have come here for sheer work. I have pride and humility, because I know what I have done but also what remains to maintain it, “commented Rahm, who assured that if I could choose any tournament to win in the future it would be the British Open in Saint Andrews.

“There is no better tournament to win”, ended.

Loading...
Newer Post
NBA: The fortune to lose Kyrie Irving if he does not get vaccinated: the NBA and the union encrypt the salary cut for each game he misses
Older Post
UFC fighter Kevin Holland stars in a car chase and subdues a car thief (VIDEO)