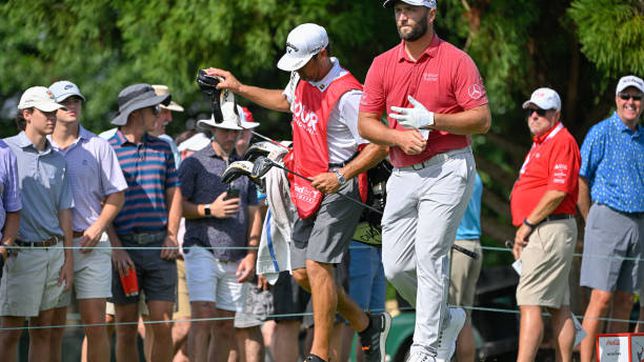 More tournaments, championships with the best golfers, new qualifying rankings, higher prize pools... These are some of the measures that have been

More tournaments, championships with the best golfers, new qualifying rankings, higher prize pools… These are some of the measures that have been put in place to make LIV competitive as the Saudi championship is convincing many players to join their ranks.

Tiger Woods and Rory McIlroy are the two player representatives who have approved these changes with the aim of improving the image of the professional golf circuit. The changes, announced by PGA commissioner Jay Monahan, may cause certain problems for specific players who are in the mix. Among them, the Spanish Jon Rahm.

In general, the main players who would have possible disagreements with the new integrations in the circuit would be the Europeans. The new PGA format forces competitors to play 20 tournaments during the season. In addition, to encourage golfers to do everything possible to play these events, the amount of money that will be distributed among the participants has been improved. In addition to the fact that as they are played, points will be added to a ranking to sneak into the closed tournaments of the best 20 golfers on the circuit.

The big problem that golfers in Europe face when playing these tournaments are the other four compulsory tournaments of the DP World Tour that they need to play to qualify for the Ryder Cup. This heavily conditions the golfers’ schedule for not being able to combine these two tournaments at the same time.

“If we have to play all 20, then 100% those changes would put me in a difficult position. If I go and play in Europe in the fall like I am going to do, I have to play from January to August 20 times. I think this is the seventeenth event I’ve played since January and I don’t think I can add any more” commented Rahm who wants to play the Ryder Cup, the big problem. “Especially with the Ryder Cup and having to play four games in Europe, I think it’s too much to ask and I wouldn’t be surprised if the rule is revised a bit or an exception is made for certain players. If they do it with players like Rory or me, they should do it with everyone”, added the Spaniard.

The PGA will have to find a solution to another problem that is coming his way. Although for this there is an easy solution and there is complicity between both parties that will make things easier. For now, Jon Rahm is looking to find an agreement with the circuit so that everyone is happy. The appearance of the LIV caused an earthquake in the world of golf and the consequences must be solved so that the course of the PGA is prosperous.