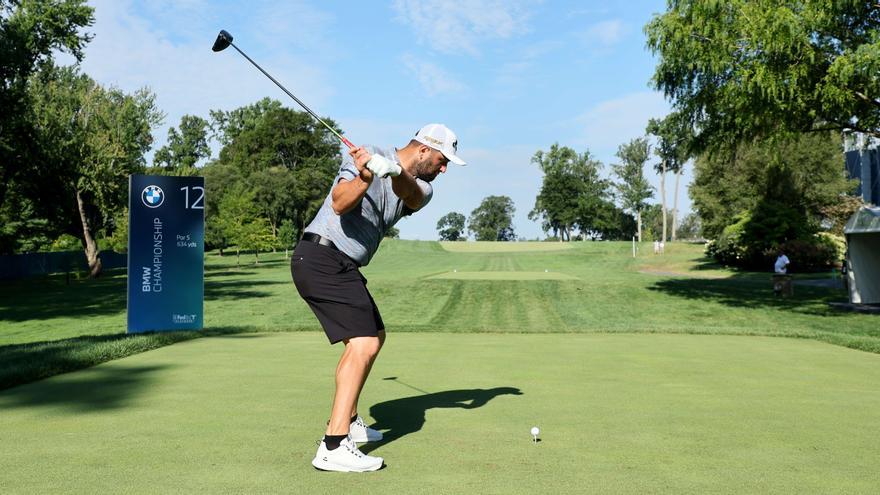 
The American Scottie Scheffler continues as world number one with an average of 10.07 points ahead of the Australian Cameron Smith

Adri Arnaus drops to position 68, Pablo Larrazábal rises to 69 and Sergio García, the other Spaniard included in the ‘top 100’, remains in position 7

The Spanish Jon Rahm remains in sixth place in the world golf ranking, which in the privileged zone only experiences the return of the Norwegian Victor Hovland to the ‘top 10’ to the detriment of English Matt Fitzpatrick.

Therefore, the American continues scottie scheffler as world number one with an average of 10.07 points ahead of the Australian cameron smith (9.03), which premiered this weekend in Boston on the Saudi LIV circuit with fourth place, and Northern Ireland Roy McIlroy (8.96).

adri arnaus down to 68th place, Pablo Larrazabal go up to 69 and Sergio Garciathe other Spaniard included in the ‘top 100’, remains in the position 74.

Loading...
Newer Post
Sport and pregnancy, Erasmus+, Carolina Marn and women’s football
Older Post
Universae will sponsor the only football team in the Region that plays in the…