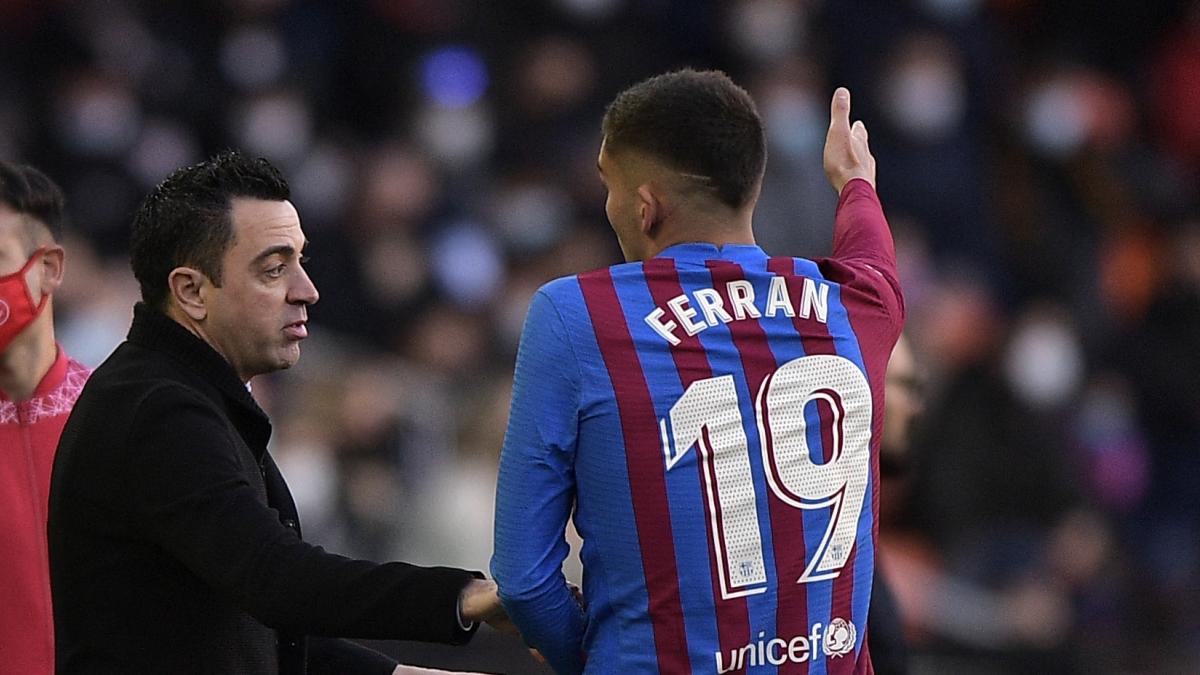 Díaz de Mera will be in charge of directing the meeting, which we remember will start at 9:00 p.m. on Movistar LaLiga and La Vanguardia.

In the azulgrana team, Ansu Fati, Pedri, Umtiti and Sergi Roberto are confirmed low due to injury. At Rayo Vallecano, Merquelanz and Saveljich are the only two casualties in Andoni Iraola’s team.

At Barcelona, ​​Aubameyang is sweet. His numbers support it: in five of the six games in which the Gabonese has scored the first goal, the Barça team has won. He is on a roll, and that is why he is the starting striker for Xavi.

At Rayo Vallecano, all eyes are on Sergi Guardiola. The striker arrives at the Camp Nou after the Barça club terminated his contract with the subsidiary in the 2015 season for a series of offensive tweets against the club and against Catalonia. After that controversy, the striker will seek tonight to be the main Rayista offensive threat.

It is a very different team from the first round, where everything worked out for Iraola’s team. Only one victory in this 2022, but thanks to the first part of the season the permanence, as we have said before, is almost signed. If they win today, Rayo would be the fourth team in the current championship to do so at the Camp Nou.

And not only that: they would have won both LaLiga games, since we remember that in Vallecas the red-haired team won by a solitary 1-0.

The blaugranes ended a run of two consecutive defeats after beating Real Sociedad with suffering at the Reale Arena, thanks to a solitary goal from Aubameyang. Second classified, winning tonight would mean securing that second place. Of course, the azulgranas have not lost to Rayo at home for two decades, so the numbers smile at him.

By the way, Xavi’s team would equal last season’s score if they get 17 of the 18 points left at stake. And those numbers were the worst that the Barça team signed since the 2006/07 season in the championship.

Good afternoon everybody!!! Welcome to the live broadcast of the match that will be played tonight at the Camp Nou stadium, between the team led by Xavi Hernández and Andoni Iraola’s team.

The azulgranas are looking for a victory that will secure them in second position, since if they win today they would move further away from Sevilla (+3) and Atlético (+5), with the same games played. In Rayo, salvation is almost guaranteed after the spectacular start to the League they made, but it is not yet closed. They add 37 points and are +7 above a Granada that is the one who marks the red lantern.

The Supercopa do Brasil for women’s football will include the Betano brand in its name
PSG – Real Madrid, live
PSG prepares 10 departures
FOOTBALL 3677