Real Madrid: Ancelotti did not hesitate: the second leg against Manchester City began in Cibeles 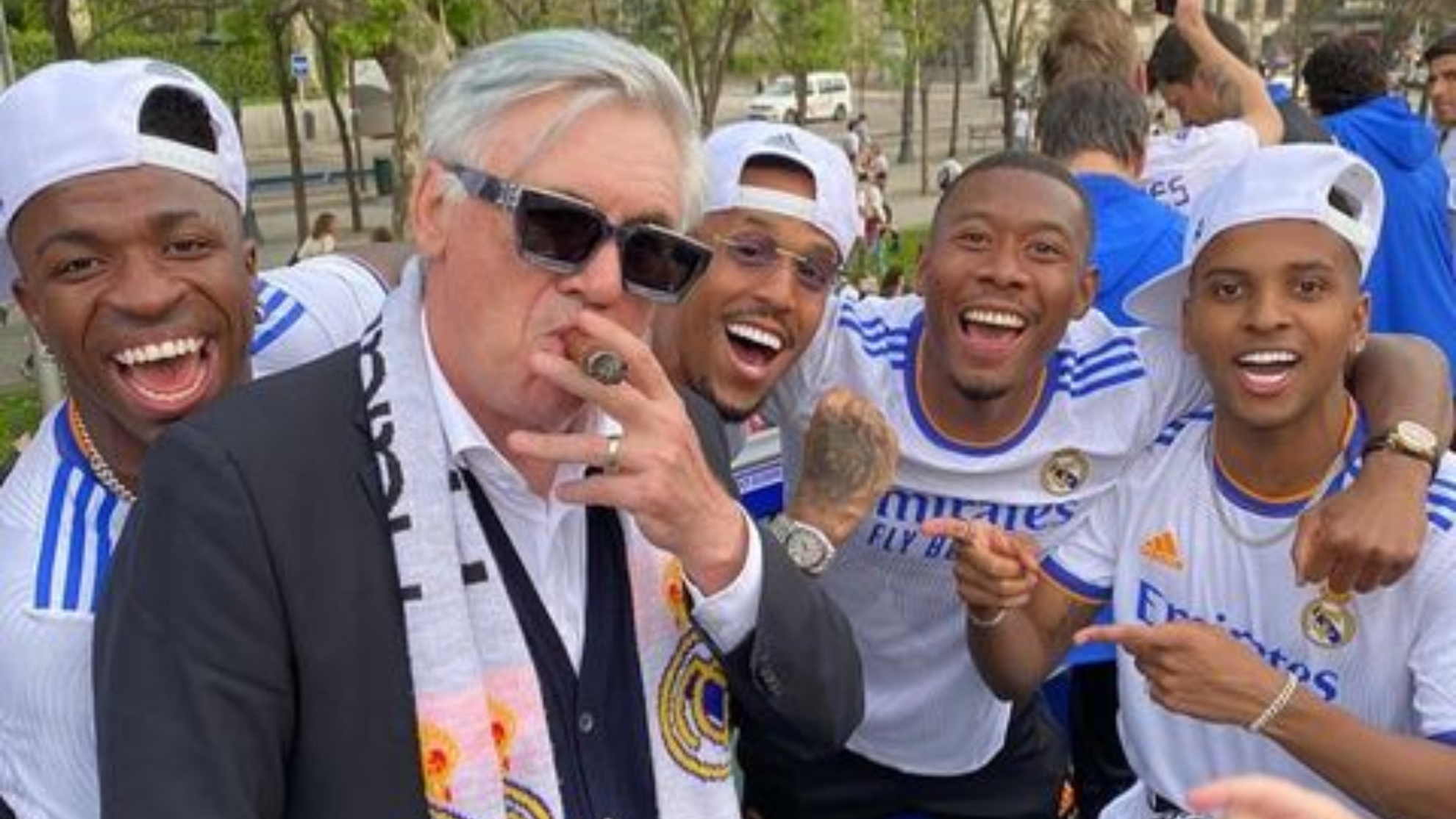 Dso back a debate was installed, for many absurd, of whether or not Real Madrid should celebrate the possible conquest of the LaLiga title in the m

Dso back a debate was installed, for many absurd, of whether or not Real Madrid should celebrate the possible conquest of the LaLiga title in the middle of the tie against Manchester City. That if a possible win by Guardiola’s men, that if we had to think about the second leg, that if Rubiales… anything goes as long as Real Madrid tiptoes past the conquest of the title. One person had no doubt and that was Carlo Ancelottiseconded by their own, that is, by those who dress in shorts and put on football boots from time to time.

The Italian coach was clear from the moment Rayo Vallecano won at the Camp Nou and said it with a microphone in hand at Cibeles: “Go for Wednesday”. Ancelotti knows like few others that of the Bernabu magicof the communion between the fans and the team and I had no doubt that the first steps to comeback before those of Guardiola they should be given on Saturday afternoon with the white goddess and the cup of LaLiga present and in view of all Madrid fans.

I cleared any kind of doubt that could exist in the club when he was asked about the convenience or not of the celebration. I didn’t doubt it for a single second. And not only for the reason of starting to prepare for the match against Manchester City with the encouragement of the fans, also for the enormous work behind the conquest of a League.

The warmth of the hobby

Ancelotti wanted the players, coaching staff and all the employees around Real Madrid’s first team to feel the warmth and close to the fans and they would begin to feel the communion that exists between footballers, club and supporters. There is a lot at stake on Wednesday and the final is not that far away, as reflected by the 4-3 first leg.

This was Ancelotti’s greeting one by one to his players: Eternal hug with Modric

The coach is aware of the difficulty of the undertaking, but the images experienced on Saturday afternoon with much of the city of Madrid celebrating the title will remain in the minds of the footballers to jump onto the Bernabu pitch on Wednesday night, regardless of the color of their shirt.

Furthermore, from the beginning he has maintained that a joy and that a little party (dance included on the bus and song with La Cibeles as a witness) it doesn’t hurt anyone. And the truth is that all those who were on Saturday afternoon near the Madridista square They visualized the first goal of Wednesday in the minute… 35.

Tags: Manchester City, soccer / real-madrid, Champions League
Real Madrid – Shakhtar | Champions League: Benzema: “It is normal that the fans want us to play football well”
Real Madrid: Ancelotti: “We didn’t lose by putting Camavinga on the left back”
Real Madrid: Is he the best midfielder in history? The club of the fifteen Champions
FOOTBALL 2731

Loading...
Newer Post
NBA Playoffs: The Bucks freeze the Celtics
Older Post
NBA PlayOffs 2022: And that’s how Curry stopped talking to Klay Thompson, he ruined the basket of the year!