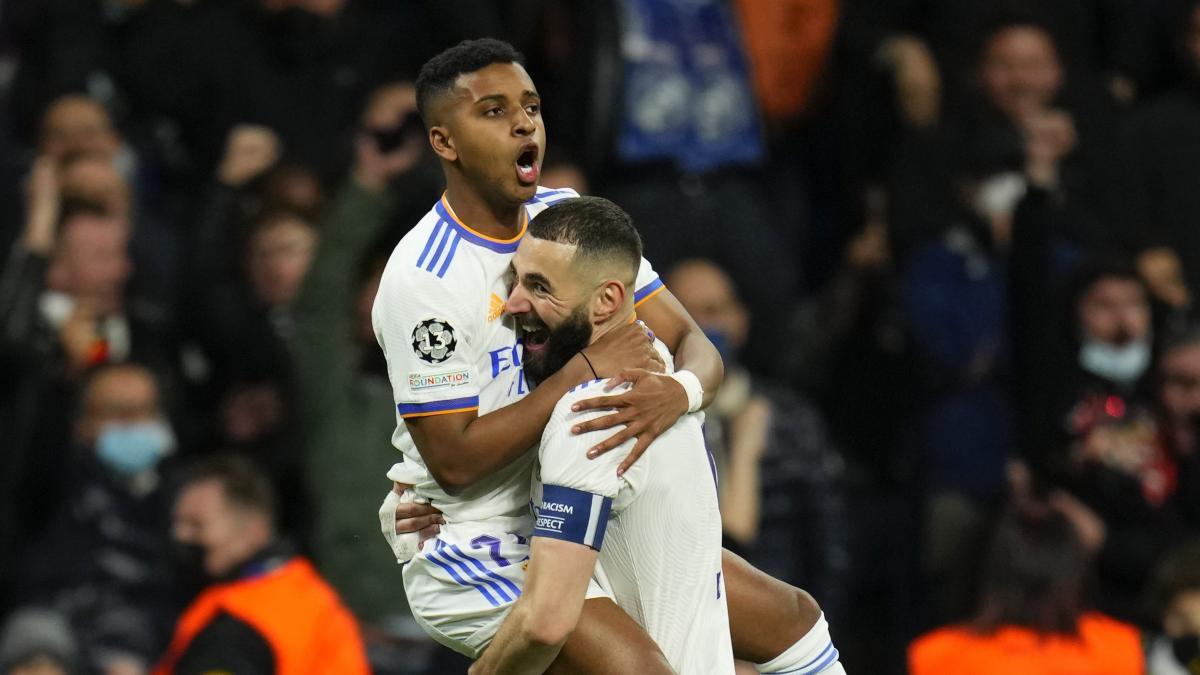 Thus, they arrive at the Bernabéu with some confidence, although aware that it is “unlikely” to come back, as the coach acknowledged in the previous one.

The meringues have only lost twice this season in their fiefdom, against Sheriff in the Champions League (1-2) and Barça (0-4) in the painful Clásico.

After the debacle of the Clásico and the poor game in the victory in Balaídos against Celta (1-2), the meringues urged a game like this to remove doubts and recover the good feelings.

All this supported by the determination and leadership of the French striker, who was once again decisive with his second consecutive hat-trick, with two extraordinary headers and another rogue goal, after being the hero to come back against PSG .

The Madrid team is looking for the semifinals of the Champions supported by the valuable 1-3 in London against Chelsea who are looking for a comeback in the Madrid fiefdom. Ready for an exciting night of European football?

Soccer market this summer moved 3.72 billion dollars
What football matches are there today, Thursday, March 3, 2022?
The two signings that Xavi would have asked to get to Barcelona
FOOTBALL 2326

Loading...
Newer Post
Clippers vs. Timberwolves | NBA Play In 2022: Russell, Edwards and Beverley cover Towns’ lousy night and give Minnesota the victory in the Play In
Older Post
Durant and Kyrie make it clear who rules in New York