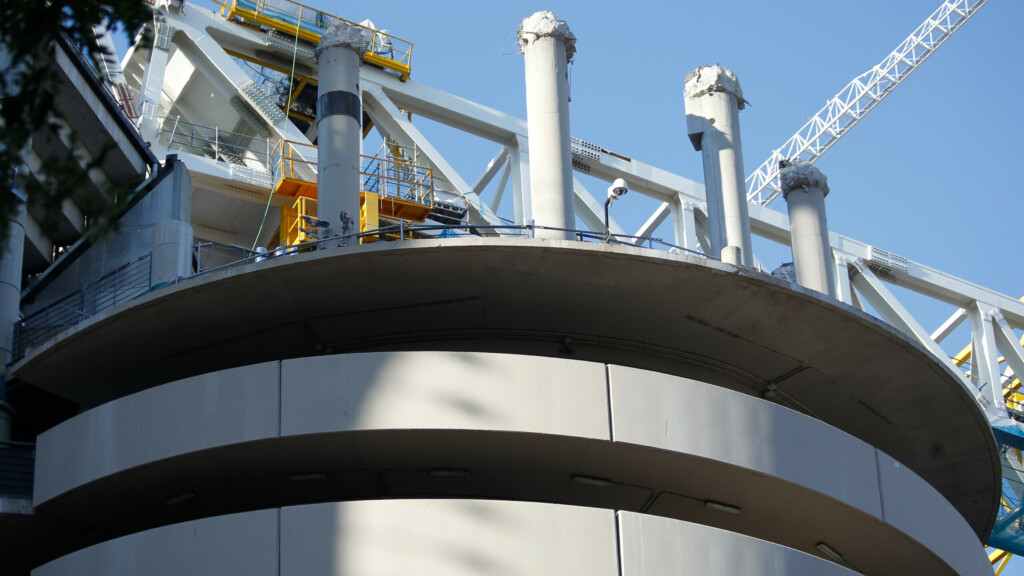 The Real Madrid It will take another step in its history by celebrating the first match in its new stadium, still in the process of restoration, a

The Real Madrid It will take another step in its history by celebrating the first match in its new stadium, still in the process of restoration, and will also carry out another one in terms of technological evolution. The majority of those attending the Santiago Bernabéu stadium will enter without physical tickets, they will do so with their mobile phones.

The merengue team has developed a digital input system, bound by the coronavirus pandemic, what a death sentence on paper. Circumventing any physical element that involves manipulation is a priority as far as possible to minimize the risk of contagion.

It is not something new. There are already clubs that have undertaken this strategy, such as Atlético de Madrid or Fútbol Club Barcelona. In the case of the Madrid entity, the option is given to those users who do not have a mobile phone or technological knowledge to print the ticket and access the Metropolitan Wanda with the traditional format. It is something that Real Madrid also allows with less technological fans, but it is a format that no one doubts is here to stay.

The Interterritorial Council has established a maximum capacity of 60% outdoors and 40% indoors.

“For the next game that we play at home, of the total requests for tickets from fans that we have received, only twelve have asked to physically pick them up at the club offices. These fans had no registered mobile phone number or email in our database, “they explain from the mattress entity to Vozpópuli. The potential capacity for the next game that Atlético de Madrid will play in their field will be around 40,000 people, which speaks for itself of the digitization of its fans. Only a dozen lack a phone and email.

Soccer is perhaps one of the last great shows that begins to put an expiration date on paper. Concerts, theater, cinema and other events have been giving attendees the possibility of entering with tickets in digital format for years.

The link in which Real Madrid delivers each ticket to the matches reveals the data policy of the merengue entity, which it does with the data collected. “I am informed that Real Madrid will process my data to manage my relationship with the Club and derived obligations for statistical purposes, compliance control and security, prevention and detection of covid and, where appropriate, dissemination of the event for informational purposes “reflects the text.

It is therefore suggested that Attendee data will be used to detect potential coronavirus outbreaks. The entries establish the specific location of its owner, so in the case of detecting infections it would be relatively easy to locate specific sources of outbreaks.

This season we will continue without seeing full football stadiums such as the Wanda Metropolitano, the Camp Nou or the Santiago Bernabéu which, also, as we say, is still under construction. The Interterritorial Council has established a maximum capacity of 60% outdoors and 40% indoors. This means that the presence on football fields will be, at most, 60%. In the case of basketball stadiums, the capacity has been marked at 40%.

The agreement reached between the Government and the autonomous communities also generally establishes that “the sale or consumption of food and beverages will not be allowed during the sporting event.” Exceptionally, the consumption of water carried by the fan himself or purchased in the stadium itself will be allowed.. As for tobacco and alcohol, its consumption and that of similar products, such as electronic cigarettes or rolling cigarettes, are prohibited during the sporting event, both inside and outside the stadium.

FEMALE FOOTBALL Vero Boquete: “Spain is the favorite for the Eurocup and the World Cup”
The world of football surrenders to the assistance of Luka Modric
What football matches are there today, Thursday, March 3, 2022?
FOOTBALL 2314

Loading...
Newer Post
‘Carlitos’, boxer from acambarense, is a warrior inside and outside the ring
Older Post
NBA: Is the design of Durant’s new shoe inspired by his hair?