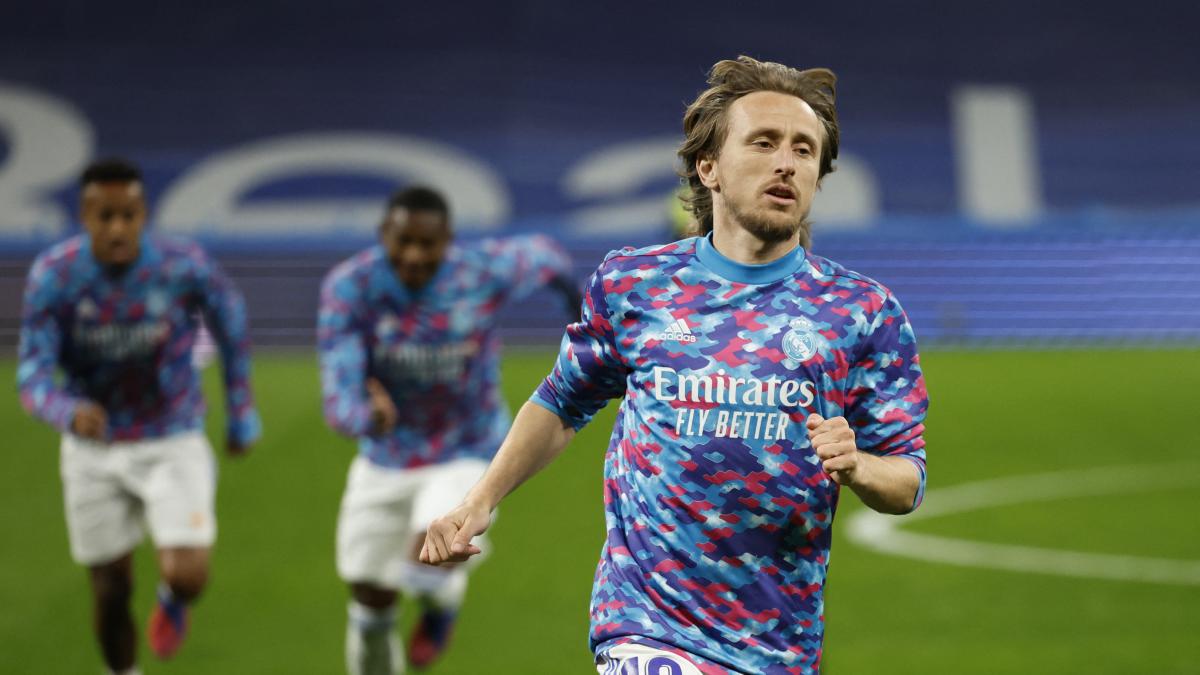 A great ball into space controlled by Antonio Puertas at the edge of the box,

A great ball into space controlled by Antonio Puertas at the edge of the box, but the striker’s shot was kicked out by Courtois.

Great intervention of the Belgian goal.

The meeting can be seen on Movistar La Liga, a channel that is part of the Movistar+ platform.

The Sevillian team punctured yesterday by drawing 0-0 against Osasuna and Ancelotti’s men have the option of putting ground again in the fight for the title.

In addition, he has scored 4 goals or more in five of his last seven duels against the Andalusians.

Despite having recovered from his long injury, Rochina will have to wait for his opportunity on the bench.

The coach recognized that with his decisions “sometimes you are right and others you are wrong.”

“I’m used to it, I’m so excited and so eager to be a Real Madrid coach that criticism is welcome, it keeps me awake. Of course it makes me think more, it’s normal, I appreciate being criticized because it makes me more alive”, he assured.

Ancelotti’s team has just dropped points in two of their last three home league games, losing draws to Cádiz and Elche. Earlier, Osasuna also managed to get a point at the Santiago Bernabéu.

Without a doubt, the inclusion of the man from Malaga is the biggest surprise in the line-up. Despite the casualties, Hazard is left out again.

Camavinga enters the center of the field, we’ll see if to play pivot (like Casemiro) or inside (Kroos would go to pivot).

Players like Rodrygo or Eden Hazard have not even scored, while Luka Jovic or Bale have only scored one goal.

For the first time this season, Real Madrid faces a La Liga Santander match in which neither of them will be on the pitch.

They are Luis Abram, Ramón Rodríguez ‘Monchu’, and the Venezuelan winger Darwin Machís, who is down for this clash.

Carlo Ancelotti will be without his two top scorers, Karim Benzema due to muscle problems and Vinícius suspended; nor with the rest of the injured Ferland Mendy and Mariano Díaz.

In addition, despite the fact that they were initially scheduled to play today, Casemiro and Lucas Vázquez also fell off the list this morning due to gastroenteritis.

Good afternoon! Welcome to the live coverage of the duel between Real Madrid and Granada, corresponding to matchday 23 of La Liga Santander.

After losing points on the last day against Elche and being eliminated from the Copa del Rey, Carlo Ancelotti’s men will be looking for a victory to dispel possible doubts and head off this mini-crisis of results.

Socios.com expands its presence in Brazilian soccer
Marcos Rojo, his revelation about the Soccer Council and a stick for Gallardo?
Nice retakes French football sub-leadership with victory in Metz
FOOTBALL 3181