Real Madrid: Is he the best midfielder in history? The club of the fifteen Champions 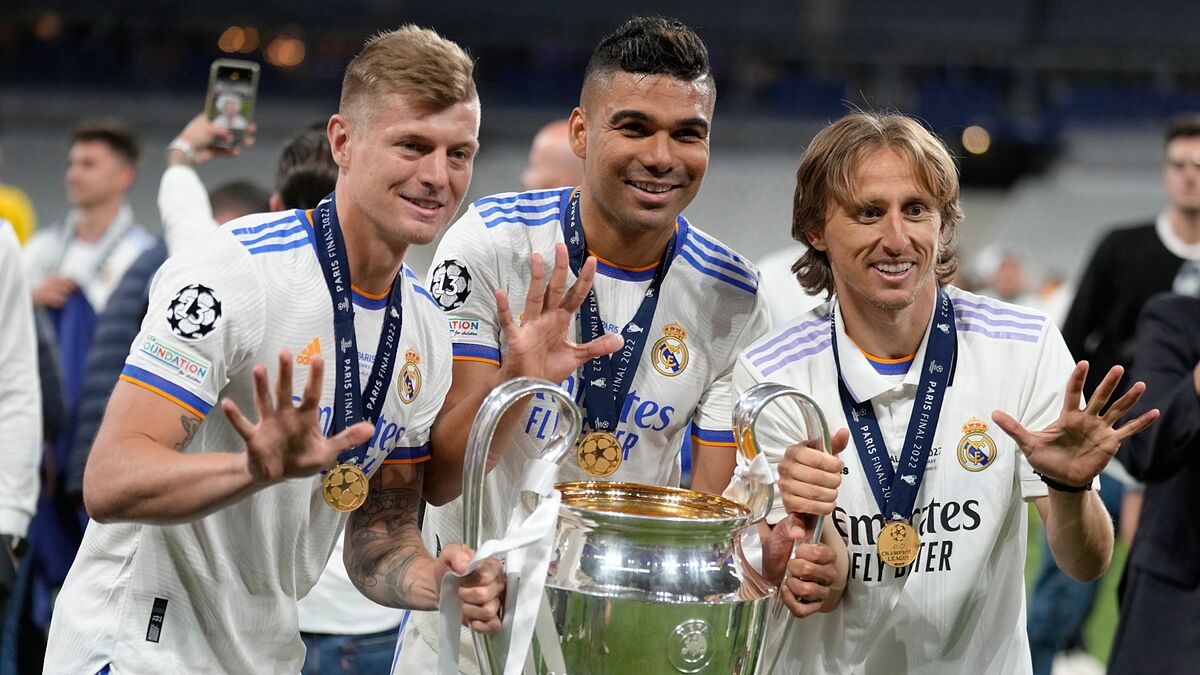 Between the three they add 98 years and fifteen Champions. Look for something similar in world football. They won't find it. The tyranny of the t

Between the three they add 98 years and fifteen Champions. Look for something similar in world football. They won’t find it. The tyranny of the trivote of the fifteen Champions is elongated. Modic, Kroos and Casemiro They have managed to form the perfect midfield. In all these years they have had downturns, but their level has always prevailed. Last night in Paris is his fifth European Cup. Will any of them be able to match the legendary Gento? They will have another chance. Modric has just renewed one more season with Real Madrid. At 36 years old, he plays everything and on many occasions he is the best. Fireproof.

Modric and Casemiro they have started all five titles. Kroos in all four since he arrived in Madrid with one from Bayer under his arm. The fact is that the magic trivote has become brutally strong in Europe. They have dominated the Champions League with an iron fist since that night in Lisbon. Lisbon, Milan, Cardiff, kyiv and finally Paris. The trident started his reign in Milan and from there he has been unstoppable.

The real Madrid He has always worked to find a replacement, fresh legs to help the three bearers that never end. The arrival of Camavinga seems to have the meaning that the midfield needed. But with them you never know. When someone considers them dead, they win another Champions and ignite the debate. Are they the best midfield in history?

Loading...
Newer Post
Boxing: Gervonta Davis is one of the bosses of world boxing
Older Post
Italian GP MotoGP 2022: Ferrari wins and Aegerter takes another step to be MotoE champion