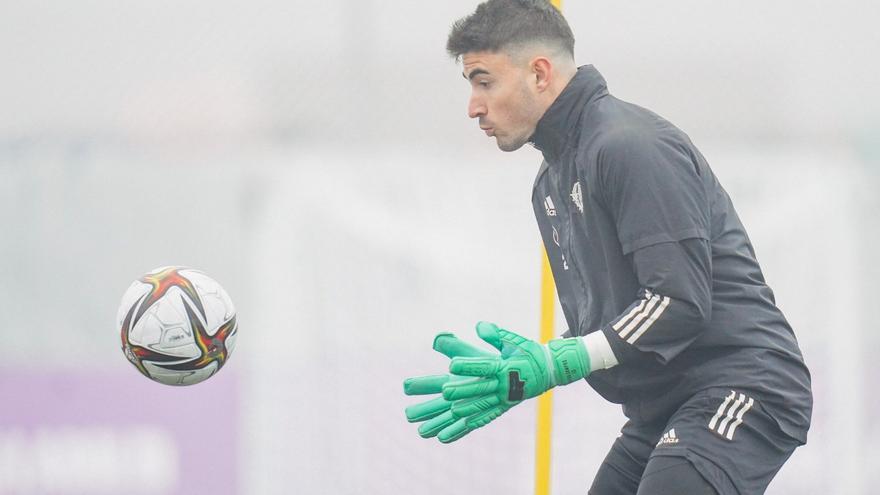 At 10:30 p.m. at night, Real Zaragoza has made it official that it cancels the signing of Gaizka Campos for his tweet against the

At 10:30 p.m. at night, Real Zaragoza has made it official that it cancels the signing of Gaizka Campos for his tweet against the Aragonese team nine years ago, in 2013, when had just turned 16and only five hours after his signing. “After deep reflection this afternoon, Real Zaragoza has made the difficult decision not to sign Gaizka Campos. This resolution has not been easy, but one of the fundamental pillars of this institution is respect for our history and our fans. We have the responsibility to be faithful to that maxim,” says the SAD after a meeting that lasted for more than three hours at the club’s headquarters.

“The club understands that the goalkeeper’s post on social networks in 2013 was an adolescent mistake that does not reflect the person and professional he is.. However, we also understand that the pressure that a circumstance like this entails would make it very difficult for him to develop as a footballer within the club. Despite this unfortunate situation, at Real Zaragoza we want to wish Gaizka the best in his future professional challenges.”

At half past six in the afternoon, Real Zaragoza had issued a statement stating that they are deeply analyzing the dissemination of a tweet on Twitter, in the personal account, by Gaizka Campos on May 19, 2013, when was 16 years old. “The disgust that I have for Zaragoza and how this gooool has raised them for me”, wrote that day the Basque goalkeeper, born in Barakaldo and who was referring to Athletic’s victory by 1-2 with a goal in discount by Ibai Gómez in La Romareda, which almost meant the relegation of the Zaragoza team on matchday 36 of the First Division in 12-13.

The goalkeeper, as surprised as his representative agency, immediately deleted that tweet and also canceled his Twitter account, but Zaragoza decided not to train this afternoon, as planned, while making a decision. In that account and in those years, the goalkeeper also showed his disgust for other teams, such as Real Madrid, Barcelona or Sevilla. Campos was announced at five in the afternoon, so he has only been a Real Zaragoza player for five hours.

“Faced with the dissemination of an old publication on social networks by Gaizka Campos, Real Zaragoza wants to express its surprise and rejection at the words expressed by the goalkeeper. The club understands that it is a publication from 2013, when the footballer was only 16 years old, with the lack of maturity that this entails. However, we have a maximum commitment to respect our history and our fans, so we are deeply analyzing this fact before making a decision regarding the incorporation of the player,” says the club, which announced only an hour and a half before the commitment to the goalkeeper for two seasons and an optional one.

The event is reminiscent of what happened with Culio in February 2016, when the Argentine midfielder had to apologize in his presentation for his words a few months earlier when he achieved promotion with Las Palmas against the team from Zaragoza and their coach, Ranko Popovic, in the middle of the celebration for the promotion of the Canarian team. However, the Argentine was able to play for the Aragonese team in the final stretch of that course. Sergi Guardiola did not do it in the Barcelona subsidiary in December 2015 when he had terminated his contract with Alcorcón and was presented by the Barça club. Some tweets encouraging Real Madrid and against Barcelona and Catalonia caused that termination just 8 hours after the announcement. The Barça club’s director of football was Raúl Sanllehí, now at Zaragoza as general manager.

Gaizka Campos, who said goodbye to Celta on Sunday after belonging to their subsidiary last season, closed his signing for Zaragoza as the club from Vigo did not execute the option for three more years. The Zaragoza entity, which wants a third goalkeeper to fight for a position with Cristian Álvarez and Ratón, had previously tried to sign Zubiaurre and had tested options such as those of Belman and Tomeu Nadal. Campos had imposed on them, but in the end his signing has been a seen and not seen. On Twitter…