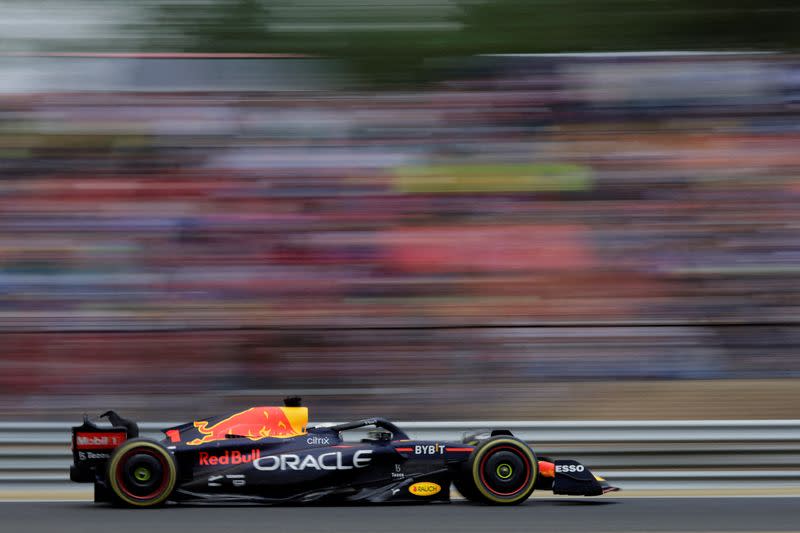 Aug 2 (Reuters) – Red Bull has extended its power unit support deal with Honda until the end of the 2025 season after the Japanese manufacturer’s exit from Formula 1, the team said in a statement on Tuesday.

Honda pulled out of F1 at the end of 2021 after leading Max Verstappen to his first world championship, winning a drivers’ title for the first time since the late three-time Brazilian champion Ayrton Senna triumphed with McLaren in 1991.

The Austrian team created its own engine company to use Honda’s intellectual property to provide power units for its parent Formula 1 team Red Bull Racing and sister team AlphaTauri, based in Italy.

The partnership was initially meant to last until the end of 2023, with Red Bull set to take over the operation, but will now extend to the end of 2025, when the sport introduces the next generation of power units.

Red Bull currently leads the Formula 1 drivers’ and constructors’ championships by a comfortable margin, with the Dutchman Verstappen en route to a second successive world title.

“We thank Honda for their positive response to working together. We are excited to continue our partnership in F1,” said Red Bull team adviser Helmut Marko.

“So far we have had a successful relationship, winning the drivers’ championship in 2021 and currently leading the drivers’ and teams’ standings, with the aim of securing both titles in 2022.”

Honda, which ended its constructor stint in 2008, last year announced its exit from F1 as an engine manufacturer at the end of 2021 to focus on zero-emission technology.

Formula 1 teams and manufacturers have agreed to “freeze” the development of the power unit from the beginning of 2022 until the end of 2025, when the regulations on the engine will be renewed.

(Reporting by Hritika Sharma in Hyderabad, Edited in Spanish by Manuel Farías)

F1 2022: Nicholas Latifi could have the hours numbered in Williams
The most winning teams in the history of Formula 1
How a winning Ferrari sinks in the World Cup
FORMULA 1 1968