Red Bull Battle of roosters Spain 2022: dates, where it is held and how to buy tickets 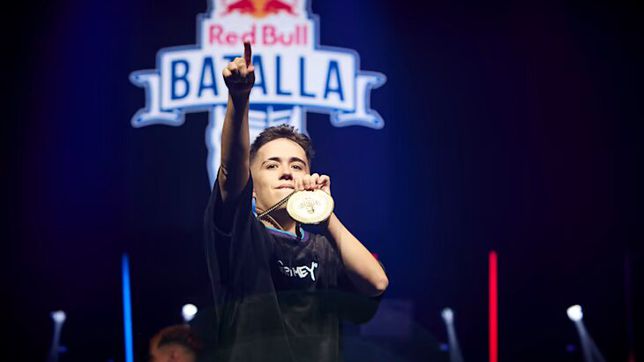 The time has come. The Red Bull Battle of Roosters final is here. This July, the best freestyle singers in our country will face each other to de

Red Bull Battle of roosters Spain 2022: dates, where it is held and how to buy tickets

The time has come. The Red Bull Battle of Roosters final is here. This July, the best freestyle singers in our country will face each other to determine who is among the elite on the national scene. After several regional tests, such as those held in Madrid or Barcelona, ​​it is the opportunity for these artists to put themselves to the test.

Follow the Battle of Roosters Spain 2022 Red Bull live and direct through Sport-Journal.

What is the date and where is the Red Bull Battle of Roosters Spain 2022 held?

The date on which the 16 best artists on the national scene battle it out to determine the winner in Spain is next July 30. It will be in Malaga, in the city of Fuengirola. The Marenostrum is the setting chosen for the Red Bull event to take place as a closing to this competition, one of the most important in our country.

What time is it and how can you see the Red Bull Battle of roosters Spain 2022?

Another point that you have to know to be able to go to Red Bull or to be able to see it via streaming is the time it starts. In Spain it starts at 8:00 p.m., but the doors of the place where the event is held open at 6:00 p.m. The crossings will start half an hour before the event begins.

In addition, a fundamental point must be taken into account, and that is that it can be seen through ‘streaming’. Red Bull TV is in charge of broadcasting the pairings. In addition to the energy drink channel, the event can be seen on YouTube, Facebook and Twitch (with comments from Tess La and Jony Beltrán).

Who will participate in the final of the Red Bull Battle of Gallos Spain 2022?

These are the 13 confirmed participants so far who will participate in the grand finale of the Red Bull Battle of Gallos 2022:

What is Last Chance?

13 singers have already qualified, and 3 are missing, who will access the grand final in what is known as ‘Last Chance’. This is that those eliminated in the quarterfinals of the regional finals in Madrid and Barcelona will face each other, with the aim of being able to be in the list of 16 that will compete for the championship on July 30.

The artists that will compete in this format are the following:

Also, you have to take into a special circumstance. And it is that, the 6 artists who are going to compete in this modality, will be joined by the most voted of those eliminated in the round of 16 of the previous competitions.

Voting to put these singers in the final starts on July 20, and closes on the 23rd at 11:55 p.m. It is, at that moment, when it is communicated who has qualified for the final of 30.

Who will be the judges of the Red Bull Battle of Gallos Spain 2022? In the absence of a few days for the final of the Red Bull, one of the most anticipated events, the judges of the contest are already known, and they are the following:

Where can I buy tickets for the Red Bull Battle of Gallos Spain 2022?

In order to see the grand final ‘in situ’, Red Bull, the organizer of the event, has announced the site through which tickets can be purchased. In this case, you have to take into account a very special aspect, and that is that the tickets are free.

On the other hand, if the attendee is under 16 years of age, as in other events that have been taking place this summer in Spain, they must request an authorization, which must be signed by their parents or legal guardians and accompanied by someone adult. If he is between 16 and 18, he can go unaccompanied, but he must have this document signed in the same way.

Loading...
Newer Post
Paige Spiranac conquers golf with her angelic smile and proves to be the best player
Older Post
Real Madrid: Football was cruel with a good Espanyol (1-3)