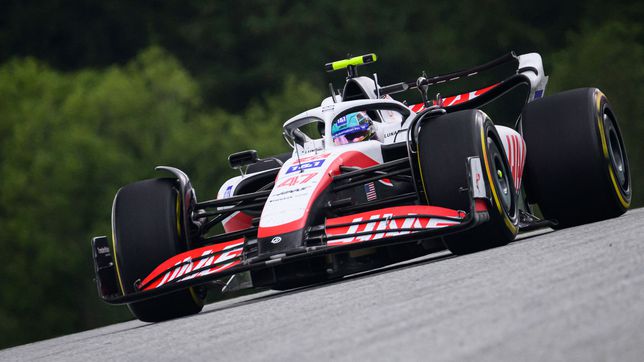 The Red Bull structure is continually looking at young drivers from other academies for possible signings in the future. One of them is Mick Schum

The Red Bull structure is continually looking at young drivers from other academies for possible signings in the future. One of them is Mick Schumacher, as recognized by Helmut Marko, advisor to the Austrian team, in a statement to German television RTL.

“At Red Bull we are very aware of the young drivers, Mick included. Without the technical problem he had in Canada, he would have scored there as well”, says Marko. The Haas driver has gone from scoring no points in his first 31 Formula 1 races to scoring twelve points in the last two races, something that has not gone unnoticed by the energy drink team.

Marko also establishes a pattern regarding the German: “It seems that it needs criticism and pressure to function.” In addition, the Austrian adviser acknowledges that he has been following Michael’s son throughout his career in single-seaters: “This has been the case throughout his career. Something very similar happened in Formula 3 and in Formula 2, it is something intrinsic to his growth as a driver”.

Mick Schumacher has won both Formula 1 satellite categories in his second year in competition (F3 in 2018 and F2 in 2020, both with the PREMA team), and something similar is happening in the ‘Grand Circus’. These last two performances by the German have caught the attention of a Helmut Marko who is aware of everything that happens in Formula 1.

F1: Ferrari is the top team that suffers the most from porpoising; Alpine and Haas, those who suffer the most
Formula 1: Nicholas Latifi’s heartfelt post about the accident in Abu Dhabi
Saudi GP F1 2021: Mercedes puts maximum vigilance on Verstappen to protect Hamilton
FORMULA 1 1976