“Red Bull has the best concept” 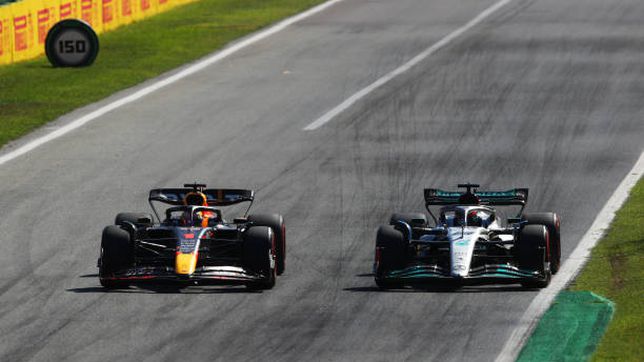 Mercedes arrived at the Bahrain pre-season tests with a concept never seen in the hybrid era: a single-seater with hardly any sidepods. But the gr

Mercedes arrived at the Bahrain pre-season tests with a concept never seen in the hybrid era: a single-seater with hardly any sidepods. But the groundbreaking design of the W13 has not given the expected result. The Silver Arrows have gone from dominating the World Cup to being the third team on the grid. While in Brackley they were not right, in Milton Keynes they hit the key: the RB18 is the best single-seater of 2022.

Andrew Shovlin, track engineer for the British team, recognizes the superiority of Red Bull, which “has the best concept”, and in statements at Monza, confirms that they have not yet decided on a specific idea for next season’s car: ” I think the rules change next year, and that is going to change how people see the development of the car. As a team we still haven’t decided what next year’s car is going to look like, we are exploring different concepts.”

From 2023, the teams on the Formula 1 grid will have to raise the ends of the floor by 15 millimeters, as well as the height of the diffuser and its hardness, with the aim of reducing the controversial porpoising. Meanwhile, at Red Bull, they consider that the pontoons “are only part of the puzzle”. Pierre Wache, technical director of the energy drinks team, advises not to be closed to a single concept: “If you change the concept of a single-seater, it will be difficult to find a benefit. You have to have an open mind in how you see the car and in the concept of the car for the future”

One team that has missed the car concept this year is Aston Martin, ninth in the constructors’ championship. Tom McCullogh, performance director of the British team, acknowledges that at Silverstone they took two routes in the development phase: “We designed the chassis with two different radiator installations, and when the season started we chose one that we already had at the beginning, more similar to the current one from Red Bull”.

When is it and how much does it cost to go to the 2022 Mexico Grand Prix?
the luxurious lifestyle of the new king of Formula 1
F1 | Mexican GP: A masterstroke
FORMULA 1 2433