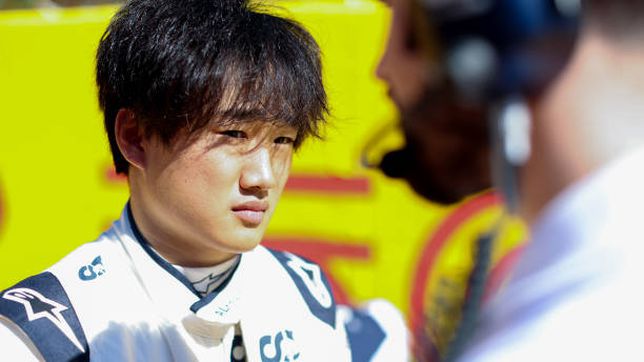 Despite the fact that there had been a lot of talk in recent months about Alpha Tauri, the doubt about the continuity of Tsunoda was not the main t

Despite the fact that there had been a lot of talk in recent months about Alpha Tauri, the doubt about the continuity of Tsunoda was not the main topic of conversation that most worried about the energy subsidiary. However, at a time of many doubts about what the team’s line-up would be for 2023, Franz Tost’s team has confirmed the permanence of the Japanese for next season. The Asian driver will complete his third year in Formula 1 as an essential part of a project that could lose his leader, Pierre Gasly.

The permanence of the Frenchman is in the air more than ever, as it sounds with a lot of momentum for the ranks of Alpine, and on the other side of the garage a De Vries who confirmed the contacts with Helmut Marko could wear the overalls, although it was not too clear either when setting preferences (it is also intended by the Enstone and Williams team). In the event that a new face arrived at the Alpha Tauri box, it would give more responsibilities to a Tsunoda who this season had focused his work mainly on “controlling his emotions” as the head of the energy subsidiary recognized.

Throughout the 38 races that the Japanese has completed in the World Championship, his participation has not been without controversy and numerous failures that came as a result of frustration, which caused the team to force him to move to Faenza (Italy) in 2021 to assume his role. A process that they have considered effective since the pilot “is completely immersed in the team and continues to work hard every day, both on and off the track.” “As we have seen, Yuki is a very talented driver and he has improved a lot this season. The pace he has shown recently is evidence of a steep learning curve, which shows that he deserves a seat in F1 ″, Tost highlights about staying with him.

Whether due to the circumstances or because of the work they refer to, the relevant thing is that Tsunoda has earned the trust of Alpha Tauri for at least one more year and the Japanese wanted to “thank you enormously” to the entire Red Bull and Honda cast, continuing to give him “the opportunity to drive in F1″. “After moving to Italy last year to be closer to the factory, I really feel part of the team. Of course, our 2022 season isn’t over yet and I’m still pushing hard in the midfield fight, so I’m fully focused on finishing as high as possible and then looking forward to next year.”

Who won the Formula 1 Italian Grand Prix? The list of all the winners in Monza
New York wants to join the Formula 1 party
F1 | Fernando Alonso: “The podium is not realistic”
FORMULA 1 2345