Red Bull’s wacky race can take you to Formula 1 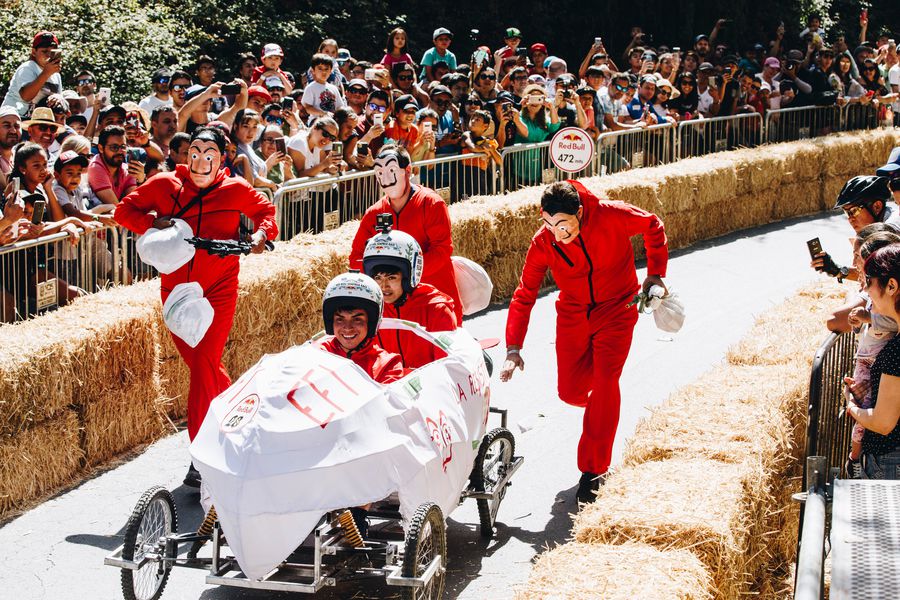 Are you a fan of cars and Formula 1? Do you dream of going to see a race? The invitation from Red Bull could then become your biggest motoring fa

Are you a fan of cars and Formula 1? Do you dream of going to see a race? The invitation from Red Bull could then become your biggest motoring fantasy, as the energy wing company will take the winner of the Soapbox Race to enjoy a live F1 date.

The prize is a great incentive to get motivated and be part of a new edition of the so-called crazy cars race, in fact, 30 days after the registration process for this year began, more than 500 participants have already been received have submitted their car ideas to compete at the December event.

The Red Bull Soapbox Race is a non-motorized race that challenges racers and fans to design and build machines created from their imaginations and race against the clock in a downhill race.

To compete you just have to register on the site redbull.com/soapboxracechile and after downloading the digital design manual and devising the car proposal with which you want to participate, you must fill out the participation form and upload your car.

Once the design is received, it will be voted on by a jury who will be in charge of choosing the 30 crazy cars that will compete for first place and for the trip to an F1 date.

In addition to the first prize, in this 2022 version of the Soapbox Race, an experience in the Moto GP of Argentina will be awarded for the second place and an experience in Red Bull Los Andes for the team that is in the third position.

The Marketing Lessons Formula 1 Has Taught Us
What have been the most tragic accidents in F1?
this regulation change is not like the one in 2013… and Hamilton “will fight for the world championship”
FORMULA 1 1551

Loading...
Newer Post
A boxer became disoriented in the middle of a fight, began to throw punches into the air and had to be hospitalized
Older Post
Ryan Garca puts himself above Canelo lvarez… if he beats Gervonta Davis