Report: Adrian Peterson and Le’Veon Bell will have a boxing match 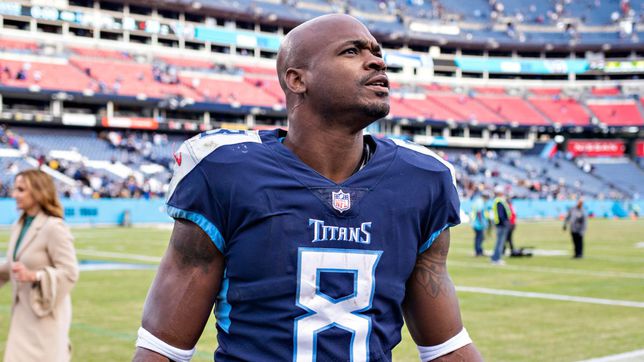 Adrian Peterson and Le'Veon Bell were two of the best running backs in the NFL during the decade between 2010 and 2019. Now, their future is far fr

Adrian Peterson and Le’Veon Bell were two of the best running backs in the NFL during the decade between 2010 and 2019. Now, their future is far from the gridirons and closer to the ring.

The TMZ Sports portal reported that the NFL players will be part of a boxing exhibition on July 30 at the Crypto.com Arena as part of the No More Talk card, prepared by YouTuber Austin McBroom and promoter Social Gloves Entertainment.

Being an exhibition match, this will not count as his professional debut. Recently, Frank Gore, another former NFL running back, made his boxing debut with a win over Nigerian Yaya Olorunsola.

Neither Peterson nor Bell have retired. Both running backs are free agents after participating in the 2021 NFL season. ‘AP’ played three games with the Tennessee Titans and one with the Seattle Seahawks; For his part, the former Steelers was part of the Baltimore Ravens for five games and the Tampa Bay Buccaneers for three.

YOU MAY BE INTERESTED: Carl Nassib will donate 100 thousand dollars to the LGBTQ foundation

rest of the billboard

In addition to the matchup between the two former NFL players, the No More Talk event will feature ex-NBA Nick Young, better known by his nickname ‘Swaggy P’, fighting influencer and rapper Blueface Baby.

Also, rappers PnB Rock and DDG are part of the billboard starring the fight between youtubers McBroom and Gib. The No More Talk card is not complete, as there is still one match to be announced.

The 5 best fights in boxing history: Muhammad Ali starred in one of them
BOXING | Kerman: “Flatley is a warrior, but we are prepared for anything”
Luna Park will have to wait for another boxing festival
BOXING 3732

Loading...
Newer Post
Bolivian James Arandia qualified for the British Golf Open world final
Older Post
Ismael Toala will sign a contract with the Japanese league, K1-World GP, with a view to a title in Asia that will catapult him to the UFC | Other Sports | Sports