Report: Shareef O’Neal, son of Shaq, will play in the G League 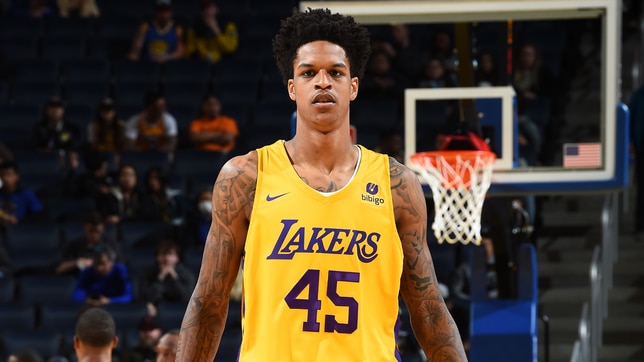 Following open-heart surgery in 2018 and foot injuries in 2020 and 2021, Shareef O'Neal's future in the NBA looked hopeless. However, Shaq's son i

Following open-heart surgery in 2018 and foot injuries in 2020 and 2021, Shareef O’Neal’s future in the NBA looked hopeless. However, Shaq’s son is getting closer to emulating his father’s footsteps in the best basketball league in the world.

According to a report by Shams Charania of The Athletic, Shareef, 22, will sign a six-figure contract to play for the G League’s Ignite Team in the 2022-23 season.

His arrival in the G League comes after being part of the Los Angeles Lakers team in the most recent Summer League. In six games he contributed 4.7 points and 3.7 rebounds.

O’Neal’s college stint consisted of one season at UCLA after his surgery and two with LSU. With both universities, the forward played 37 games with an average of 11 minutes per game and averaged 2.6 points and 3.0 rebounds.

Ignite players in the NBA

Based in Henderson, Nevada, the Ignite Team was created in 2020 to provide an alternative to top high school talent who didn’t want to go through college. The NBA sought to house top prospects with proven veterans in a professional environment similar to that of the NBA.

Among the most outstanding players are Jonathan Kuminga, champion with the Golden State Warriors last year; Jalen Green, second overall pick in the 2021 Draft; Daishen Nix, Green’s teammate with the Houston Rockets; and Isaiah Todd, a member of the Washington Wizards.

NBA: These Celtics remember what is the green pride of Boston
The Bulls excite Chicago to shine in the Playoffs
NBA: Garuba enters NBA protocols against coronavirus
NBA 3180

Loading...
Newer Post
The URJC, European champion of women’s university futsal
Older Post
They will take action against racist and homophobic comments during the Austrian GP