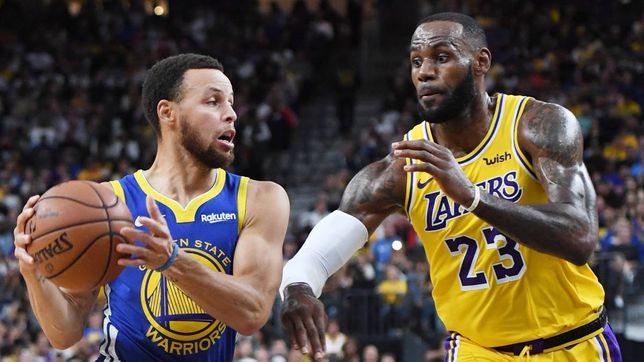 The 2021-22 campaign culminated with the Warriors rising for the seventh time in their history. With just over two months to go before next season

The 2021-22 campaign culminated with the Warriors rising for the seventh time in their history. With just over two months to go before next season begins, Golden State already knows the first step on the road to defending its title.

According to Shams Charania of The Athletic, the Warriors’ first game will be against the Lakers at the Chase Center. It was added that prior to the tip-off Golden State will receive the champion rings.

Sharania’s information comes one week before the NBA announces the full schedule for the season. On August 17, the league will announce the Christmas games and a series of commitments from the first week.

YOU MAY BE INTERESTED: NBA will retire number 6 in honor of Bill Russell

In the previous season, the Warriors and Lakers also met in their first game on the schedule and Golden State won by a score of 121-114. During the season they met four times and the San Francisco club won the series by three wins and one loss.

For Juan Toscano-Anderson the meeting will have a special flavor. The Mexican-American forward spent the first three seasons of his career with the Warriors and in his last free agency he signed with the Lakers.

Loading...
Newer Post
When does the European football transfer market close?
Older Post
JJ Watt finds a snake in his bathroom and doesn’t know what to do