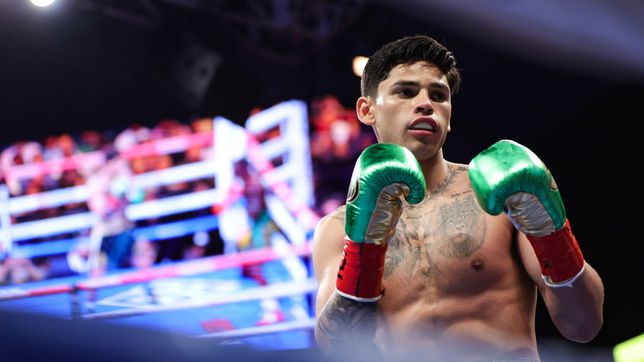 Ryan García moves a lot of public, that happened again at the Crypto.com Arena in Los Angeles. Whenever he fights, you have to be very attentive.

Ryan García moves a lot of public, that happened again at the Crypto.com Arena in Los Angeles. Whenever he fights, you have to be very attentive. Read the chronicle of Ryan Garcia vs Javier Fortuna.

Results of the main card of Ryan Garcia vs. Javier Fortuna

RYan Garcia won by TKO in the sixth round against Javier Fortuna: Great feelings that Ryan Garcia left against an always difficult and complicated rival like Fortuna. He was three speeds up. He hit hard and always before his opponent. He was working calmly and after three knockdowns in three rounds, Fortuna was unable to get up. The punishment inflicted by the prospect was very high.

Alexis Rocha defeated Luis Verón by unanimous decision (100-90, 100-90 and 99-91): Rocha did a very good first part of the fight. He overpowered and hit Veron. The Argentine only changed the rhythm at the end, but it was late. The American prospect put the fight on his side and then won without risk. With intelligence. Very little work by Verón in general.

Lamon Roach Jr. is an official contender for the WBA Super Featherweight World Championship after defeating Ángel Rodríguez by unanimous decision (116-112, 116-112 and 117-111).: Comfortable victory for Roach, who put everything into the fight. It won’t be a fight to remember, since Rodriguez wasn’t very active. Roach tried to squeeze and knock out, but missed.

David Jiménez won, by majority decision (114-112, 113-113, and 114-112) the WBA flyweight eliminator against Ricardo Sandoval: Interesting combat. Sandoval was very precise for much of the fight, but he left gaps and Jiménez took advantage of them. Despite losing a point due to the holds, the Medallita changed the course of the cards thanks to a tremendous right hand that sent Sandoval to the ground.

Results of the preliminary card of Ryan Garcia vs. Javier Fortuna

Diego de la Hoya he knocked out Enrique Bernache in the fourth round.

Miguel Gaona defeated by KO in the first round Abdiel Padilla.

Boxer, disoriented, throws punches into the air and the fight is stopped
Victories of Chazarreta and Higueras in the return of professional boxing to Esquel
The historical highest bets in boxing fights
BOXING 3675