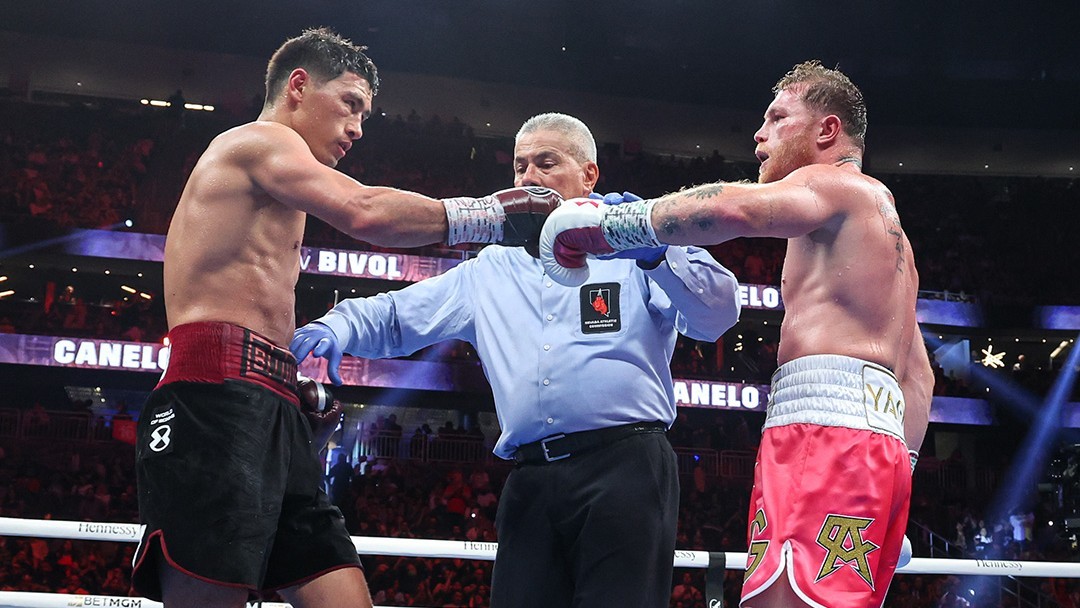 Canelo would seek revenge on Bivol. Twitter: @MatchroomBoxingANDn waiting to sit down and talk and see what he wants Saul "Canelo" Alvarez for your

ANDn waiting to sit down and talk and see what he wants Saul “Canelo” Alvarez for your immediate future, promoter Eddie Hearn believes that the Mexican will seek revenge.

That was Canelo’s first loss in more than eight years, although the fighter himself said he had won. Now they will have to see what his future is and decide if he fights the Russian again or faces Gennady Golovkin.

“Now we’re going to have to sit down with Eddy (Reynoso) and say, ‘Do we want to activate the rematch or do we want to go for the 168-pound fight, but we do not see it without wanting to take revenge for that defeatpromoter Eddie Hearn said in an interview with SB Nation’s ‘Bad Left Hook.’

He applauded the bravery of the native of Guadalajara, Mexico, but also said that taking some risks or facing difficult rivals is as if Canelo himself wants to be at a disadvantage against his rivals.

“It’s as if Saul wanted to put himself at a disadvantage to take on the toughest challenges, and that can sometimes backfire,” said Eddie Hearn of Matchroom Boxing.

Eddie Hearn does not know if going up to 175 pounds affected the Mexican, nor if he got tired or if he had a good camp, but he asked not demerit the work that Bivol did.

“But let’s not downplay the brilliance of Dmitry Bivol. He was absolutely perfect. And I think after the wins against Craig Richards and Lenin Castillo, you wouldn’t necessarily look at him and think he put on a performance like that against the best pound-for-pound guy.”