Richard McLaren urges boxing to abandon the culture of match-fixing 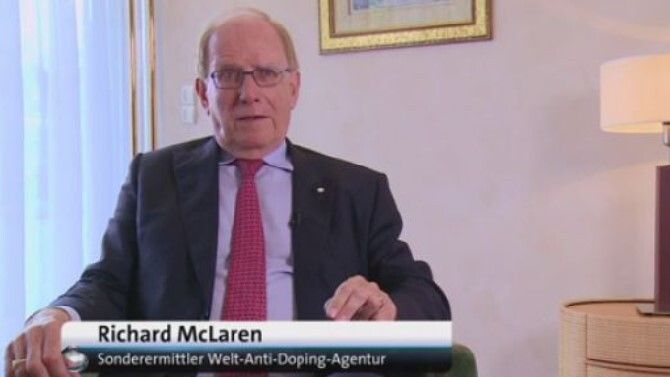 The International Boxing Association (IBA), which regulates amateur boxing, "is an organization in transition, but one that needs reform" and that

The International Boxing Association (IBA), which regulates amateur boxing, “is an organization in transition, but one that needs reform” and that must “act now” to “get rid of its historical culture of manipulating combat,” he assured. this Monday the Canadian lawyer Richard McLaren.

McLaren, which uncovered the doping scandal in Russia in the past decade, launched an independent investigation into the irregularities that brought the IBA to the brink of economic collapse and withdrawal of its recognition by the IOC.

“International boxing just can’t seem to shake off its historical culture of manipulating fights and operating outside the rules and beyond,” Professor McLaren said. “If sport wants to keep its place in the Olympic family, it has to act now.”

In his report, he details a history of financial mismanagement and cheating, breaking the rules on the pitch and inadequate training programmes.

In addition, it identifies multiple cases of officials who did not comply with the rules of conduct in the competition. Among them, the pressure on teammates to manipulate combats, the manipulation of referee and judge draws, the presence of unauthorized persons in the competition areas and the use of mobile phones.

“These types of infringements reinforce the culture of the past, which disregards the ethics and integrity of the sport, and opens the door to fight manipulation,” said Professor McLaren.

In the first phase of the investigation, published in September 2021, Professor McLaren confirmed that there was a system of combat manipulation by officials at the Rio Olympics. In December 2021 he reported on the aftermath of the Rio Games and found that although there was an attempt to clean house, “the revolving door of the leaders created a vacuum that was filled by factions vying for power and control”.

The latest scandal involving the IBA is that of its presidential elections on May 13, after the only opposition candidate to the Russian Umar Kremlev was ruled out by an internal integrity commission, which the TAS later ruled out.

Therefore, the body is headed for new elections, this time with the Dutchman Boris van der Vorst also as a candidate.

The IBA lost its recognition by the IOC in 2019, which in December 2021 asked for changes of a financial nature and in its arbitration and judging systems to ensure its integrity and governance, until “a change of culture” was achieved.

“Should the IBA meet these conditions, the suspension of recognition could be lifted in 2023,” IOC President Thomas Bach said.