Ricky adds up and goes on – Sport-Journal 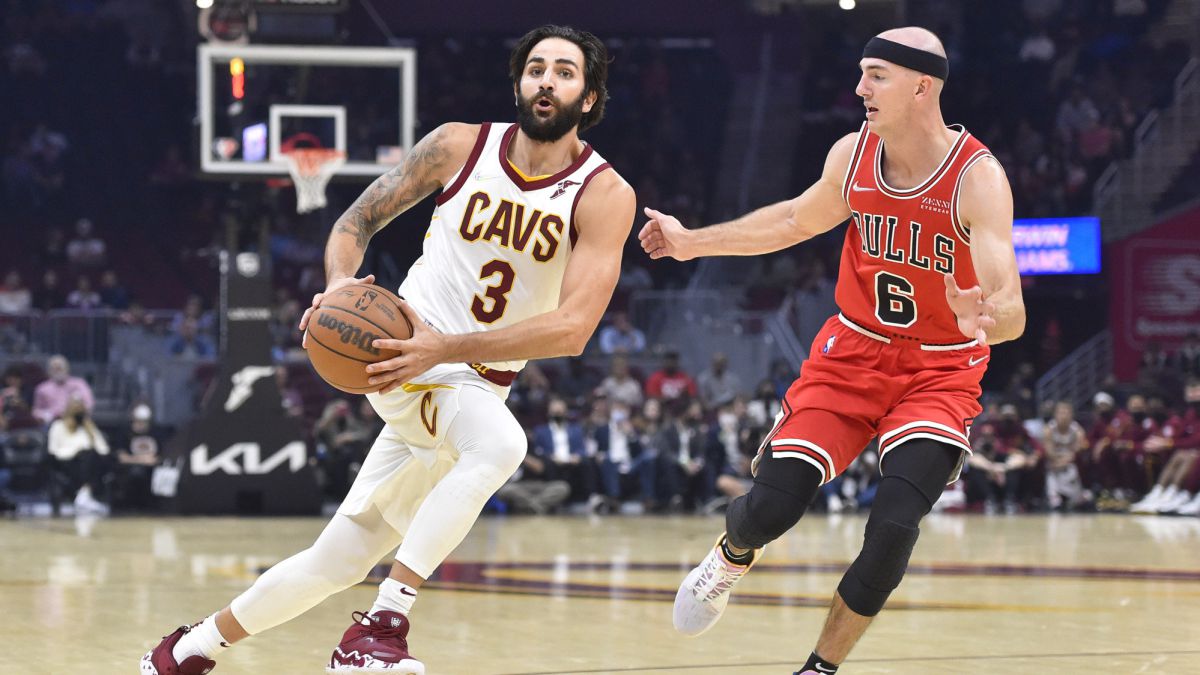 Ricky adds up and goes on – Sport-Journal

The San Antonio Spurs, a team led by legendary coach Gregg Popovich, narrowly beat the Magic in Orlando. The Texans, who face a season in which they are going to have everything very complicated in a very competitive Western Conference, they prevailed in Florida with 18 points and 5 rebounds from Dejounte Murray, their most outstanding player and man of the future. In addition, Walker IV and Keldon Johnson converted 16 and 12 respectively and were the best of the Spurs. In the Magic, who will face a transitional season in which nothing is played. Terrence Ross’s 20 points stood out and the double-dole (of 16 points and 10 rebounds) of one of his promises of the future, Mo Bamba.

Demar DeRozan scored 23 points and Alize Johnson added a double-double of 14 points and 11 rebounds that helped the Bulls beat the Cavaliers on the road in a new preseason game. The reserve point guard scored a triple to put Chicago up on the scoreboard with a 98-99 run and 1:20 minutes left.while Ayo Dosunmu made a layup to give the Bulls the ultimate advantage. Following a Cavaliers fumble, Dosunmu threw a short shot to secure it with 13.8 seconds left. Zach Levine added 13 points as the third leading scorer for the perfect preseason Bulls (3-0). Lauri Markkanen scored 18 points as the Cavaliers leader, while rookie center Evan Mobley reached 15 points. Another tall Cavaliers player, Jarrett Allen had 12 points after scoring 6 of 8 shots from the field, grabbing 8 rebounds and recovering 3 balls.. While the Spanish point guard Ricky Rubio started for the first time as a starter with his new Cavaliers team and contributed nine points, although he did not have his best scoring inspiration. Rubio played 17 minutes in which he scored 4 of 13 shots from the field, missed a triple attempt, hit 1 of 1 from the personnel line. In addition, Ricky distributed 9 assists.

Giannis Antetokounmpo scored 8 points in 17 minutes in his preseason debut as the defending NBA champion Milwaukee Bucks, who had eight players with double-digit numbers in the victory over the Thunder. The Bucks are watching out for Antetokounmpo, who hyperextended his left knee in the Eastern Conference finals. but he returned for the NBA Finals. Antetokounmpo was named Finals MVP after leading the Bucks to the title in six rounds against the Suns. “It feels good. I am not going to lie. It feels good to be a part of the team, just get out there, run up and down, make a few plays, just be close to the team, be here at Fiserv.“stated Antetokounmpo, who mentioned several times that he felt”rusty“When asked where he felt rusty, he stressed that”Everywhere. My legs, back, hands. But it’s okay. I’m coming back to it to my best“The Bucks scored 48 points in the first quarter and 81 in the first half. Khris Middleton (14 points) and Jrue Holiday (11 points) also made their preseason debuts with the Bucks.”Everyone was motivated. Everyone was ready to fight and play the gameAntetokounmpo stressed. Jordan Nwora led the Bucks reserves by scoring 14 points, the same as Elijah Bryant got off the bench. Luguentz Dort scored 19 points as leader of the Thunder who have a 0-2 loser so far this preseason. Gabriel Deck did not play as a decision by Thunder coach Mark Daigneault.

The Lakers do not raise their heads and add their card defeat in four preseason games. Check the chronicle here.

NBA: The Sixers crush the Hornets with a deluge of 3-pointers
NBA statistics: Devin Booker and DeAndre Ayton personal records
Juan Toscano will participate in the Diving Tournament 2022
NBA 2532

Loading...
Newer Post
UFC: Controversy in the UFC: Reyes does not want to fight with Jon Jones after his arrest
Older Post
Boxing: McGregor, ‘The Rock’ or Lewis freak out with Fury: “One of the best fights I’ve ever seen”