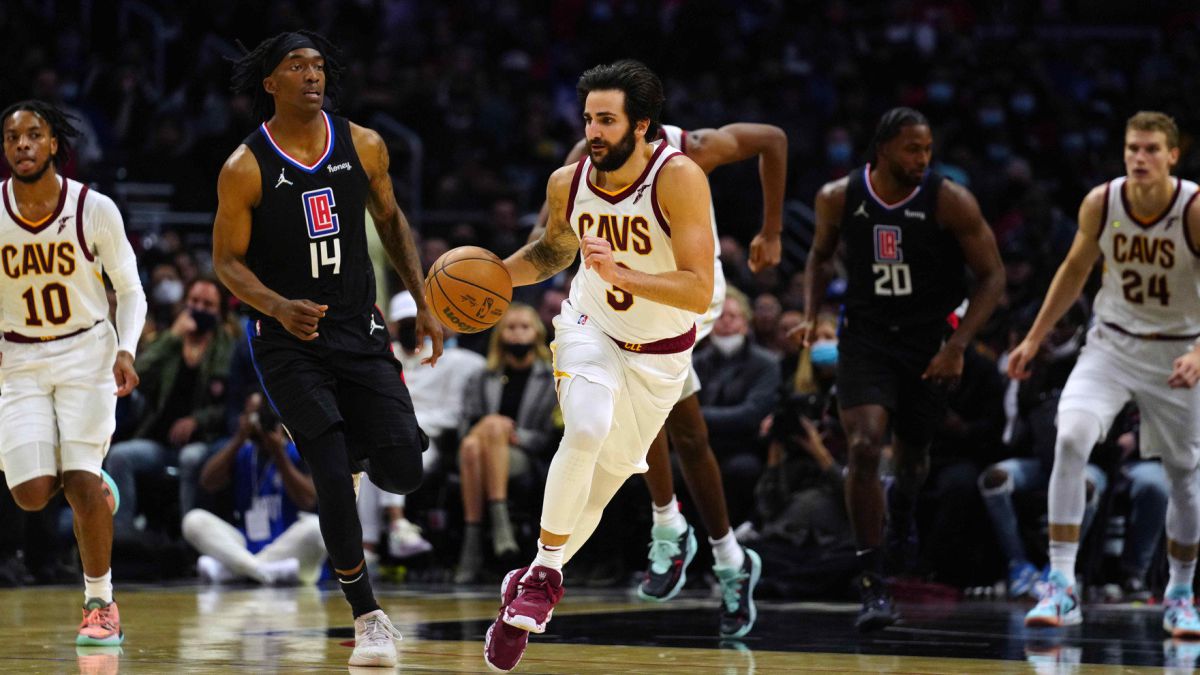 The Cavaliers won again. And a very tough start to the season is 3-2, with three wins in a row against, eye, Hawks, Nuggets and Clippers. Nothing

The Cavaliers won again. And a very tough start to the season is 3-2, with three wins in a row against, eye, Hawks, Nuggets and Clippers. Nothing less. In LA, where they play some injured Lakers tomorrow, they beat down a lazy Clippers, no responses in attack, with a score from other times: 79-92.

And it makes some sense because the Cavs They seem like a team from other times. They play with two guards the brilliant Darius Garland and the electric Collin Sexton, and with three giants: Lauri markkanen, Jarrett Allen and the fabulous Evan Mobley, number 3 of the last draft and a pivot with the absolute smell of a superstar. It is a quintet in which only Markkanen (24) is over 23 years old. And in counter-style in this NBA of spaces, circulation, quick reaction and shot of three. A giant quintet, with a forward power forward and two more centers inside, armored … and what it works. Sometimes it is difficult to imagine how, even with it in front of you. But it works. Exhaust rivals. The Cavs are at that point where they are the ones forcing the opponent to react, to adapt. And from there they get advantages. Perhaps as the weeks go by they will catch the point, it will surely pass, but there they are: with an excellent job from JB Bickerstaff, a coach who should be talked about more.

Paul George said it after signing 0/8 on 3s for a frustrating 12 points (6/20 shooting total): You overtake a giant and another appears, you never find a clean way to the hoop. The Cavs won the rebound battle 36-57. But even when the Clippers caught offensive rejections, they found hands everywhere: 1/9 in second chances, 3-19 total in that section, key in a game with a lot of misses. Contrary to style? And so much: the Cavs won with 92 points, sent up to 15 in the first half in which they only scored 47 (40-47) and they added three triples, nothing more. 2/3 for Garland, 1/17 for the others (Kevin Love put it in). But they won: 16 points and 6 assists from Garland, a very fine point guard, 26 and 7 rebounds from Sexton and 12 + 10 from the exceptional Mobley (already at a terrifying level in defense: he is 20 years old).

And two very valuable veterans to put the glue, to sew everything: Kevin Love looks like a gamer again (10 + 10, moments of energy) and Ricky Rubio continues at an excellent level. Again from the bench after Garland’s return but decisive, essential, as a manager, as a common thread. The Spanish had 15 points and 3 assists, but he did much more than that. He scored two brilliant baskets in the fourth quarter to knock out the Clippers, who were trying to react: 68-78. At that point, with ten minutes to go, Ricky had more points than the entire rival bench (13).

The Clippers are 1-3. Bad, frankly bad. In the first matches they wasted a stream of points from George, in this they threw away a good day in defense, in a very physical game, with a disastrous night in attack, blinded by the ocean of arms of the Cavs. Reggie Jackson and Batum scored without continuity for a team that closed in 35% in shots, 22% in triples and 61% from the personnel line. Horrible. And that he has shot 30 times in his history at least 40 triples … but never as bad as in this game (9/41). Anemic on the outside and outmatched on the inside, the Clippers seemed essentially a mediocre bunch. Quite the opposite of happy Cavs, who are 3-2, have won three games in a row and now have visits to the Lakers and Suns, two giants touched. But for giants, of course, the Cavs …

Jazz fall in Chicago
Joe Ingles and the NBA: His sadness after being released by the Utah Jazz
NBA: The bully that comes in basketball: the giant boy with NBA DNA that impresses the world
NBA 2521