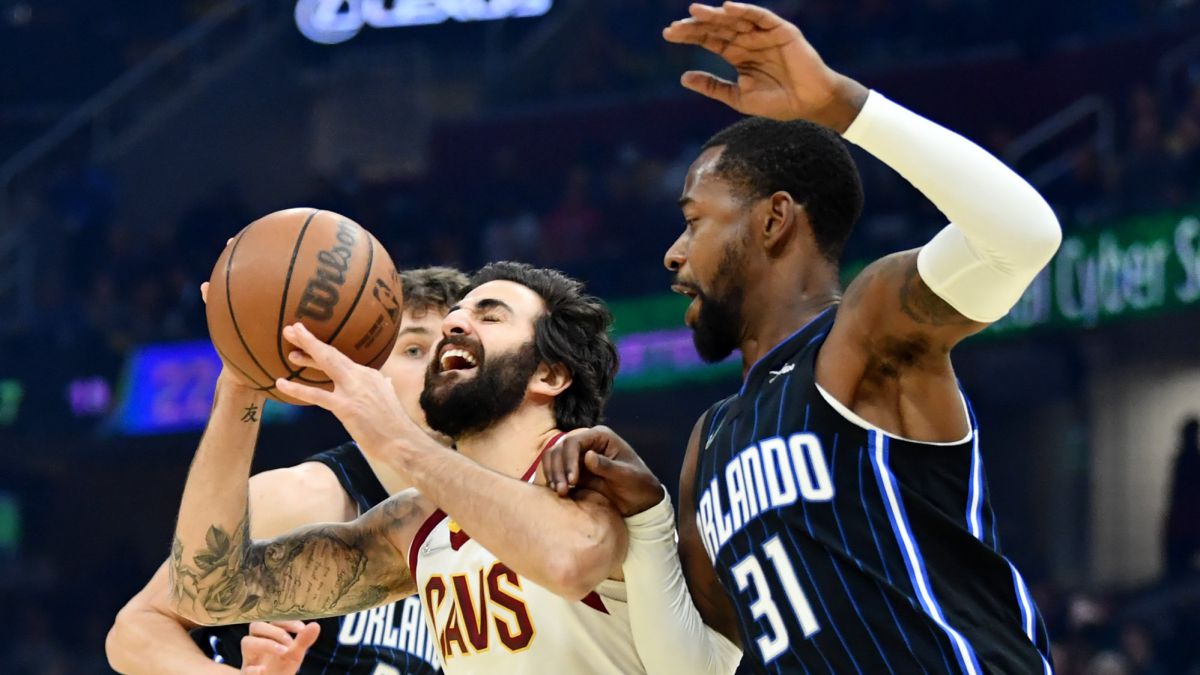 New NBA day full of interesting games, unexpected results and the occasional exhibition. Hornets and Sixers leave two victories against lesser rivals in overtime, Utah beats the Pelicans, Doncic falls to the Wizards and the Nets do the same against the intractable Suns. In addition, the Knicks beat the Hawks in Atlanta, Ricky’s Cavaliers meet again with victory and, in a duel at the top of the Eastern Conference, Miami snatched the victory from the Bulls in Chicago. An interesting match and a direct duel between two of the most fit teams in the competition.

Hard defeat of the Sixers in Philadelphia against the Timberwolves, one of the worst teams in the competition, and in two overtime periods. D’Angelo Russell had 35 points and 8 assists, while Karl-Anthony Towns had 28 points and 10 rebounds.. In addition, Jarred Vanderbilt brought under the basket with 14 rebounds and Anthony Edwards did it all: 19 + 6 + 7. From the Sixers, Joel Embiid went to 42 points and 14 rebounds, but could not give victory to his team or his fans. Hard defeat for Doc Rivers’ team, which remains 10-10 and in eleventh place in the Eastern Conference. The Wolves, with an identical record, are seventh in the West.

Direct duel of the Eastern Conference between two teams that met in the first round of playoffs last year and that they expected much better results at this start of the season. 11-9 for the Knicks, who had a good role from Alec Burks and a not very successful Julius Randle (8 + 11 + 4 with 3 of 14 in shooting from the field). In the Hawks (11-10 after playing the Eastern Finns a few months ago), great role of Trae Young, whose display (33 points, 4 rebounds and 7 assists) was insufficient for his team to get the victory.

Ricky Rubio’s Cavaliers broke their losing streak with a comfortable victory over the Magic, the last team in the Eastern Conference. The game’s top scorer was Cavs point guard Darius Garland, who posted a double-double of 26 points and 11 assists.. His teammate, Jarrett Allen also finished the game with a double-double of 19 points and 11 rebounds. The victory snaps a five-game losing streak for Cleveland and coincides with the return to the court on Saturday night of Evan Mobley, returning from his elbow injury. The Cavs have noted his absence: The team did not win any of the four games in which the 20-year-old was absent. Against the Magic, Mobley played 33 minutes and went to 13 points, 9 rebounds, 3 assists and 4 blocks. For his part, Rubio had to settle for 5 points, 4 rebounds, 8 assists and 1 steal in almost 27 minutes. Wendell Carter Jr. stood out for the Magic, who had a double-double of 19 points and 11 rebounds. Carter Jr. was expelled from the game with 2 minutes to go after protesting to the referees and smashing his glasses to the ground.

Gabe Vincent came off the bench to score 20 points in the Heat’s win over the Bulls, in one of the most exciting duels between two of the best teams in the Eastern Conference. Miami forced its rivals to commit 22 turnovers, in which a Jimmy Butler who stole up to 5 balls was actively involved. In the fourth quarter, an 11-4 streak for the Heat was a definite tip to tip. Jimmy Butler scored 18 points for his team, Kyle Lowry 19 and Duncan Robinson 16. In the Bulls, Alex Caruso went to 22 points, while the best of the game and top scorer was DeMar DeRozan, with 28 points.

Match with a huge amount of points in which The Rockets beat some Hornets in an unexpected and deserved way who let one of those games escape that nobody counts on. LaMelo Ball had a triple-double of 19 points, 11 rebounds and 13 assists, while Terry Rozier went to 31 points. Up to 4 Hornets players exceeded twenty points, with 6 over ten. With six other players with the same characteristics, Christian Wood went to 33 points and 16 rebounds and he was the best player of the match.

Donovan Mitchell scored 21 points, Mike Conley and Jordan Clarkson 20 each and the Jazz defeated the New Orleans Pelicans in Salt Lake City. The Jazz went 57.1% (20 of 35) on 3s and took revenge for last Friday’s loss in the final second against the Pelicans. Mitchell, who has been struggling to find his rhythm lately, played as usual in the first half as Utah built a dominant lead by scoring 17 points on 7 of 14 shooting with 5 rebounds and 7 assists. For the Pelicans, who made just 8 3-pointers in 35 attempts, Jaxson Hayes scored 15 points. Willy Hernangómez took advantage of his time on the court again and went to 10 points, 8 rebounds and 3 assists in 18 minutes.

Loading...
Newer Post
Boxing: Kambosos surprises and wins Tefimo Lpez to take away the lightweight scepters
Older Post
Golf: The European circuit escapes from South Africa before the advance of the new variant of Covid