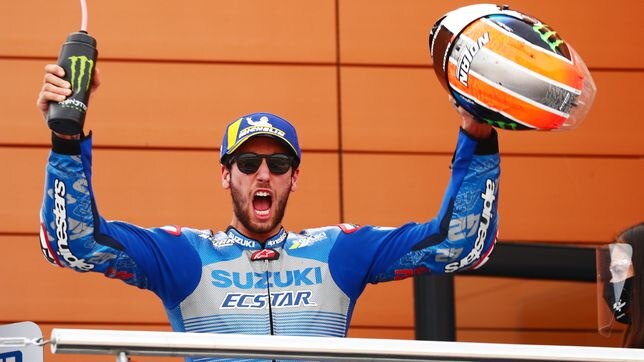 Álex Rins' race in Assen will not go down in history as one of his best performances in MotoGP, but it will be remembered instead for his subsequen

Álex Rins’ race in Assen will not go down in history as one of his best performances in MotoGP, but it will be remembered instead for his subsequent statements, in which he confirmed his signing for the LCR Honda team. Sunday morning at the Dutch GP began with the official announcement of Álex Márquez’s move to the Gresini team’s Ducati and that has given the Suzuki rider, who is still today a Suzuki rider, to clarify his future.

Commenting that he will now go on vacation with his future cleared up, he said: “The truth is yes. Small details remain to be closed, but it is more or less done. (Smile). There is nothing official, but more or less that’s it. With the departure of Álex (Márquez), who announced today that he was going to Gresini, the truth is that I am happy, because it is a very nice project and I am looking forward to it”.

And as to whether the choice of the Gresini team’s Ducati, a motorcycle with which Bastianini has won three victories this year, has not made him doubt his decision, he made it very clear what his strategy was in this lively transfer market that leads him to LCR Honda: “What I was looking for was an official bike with factory support. Ducati couldn’t give it to me and in the end we didn’t choose to have this (LCR Honda) rather than something else”.

Michelin, exclusive supplier of MotoGP tires until 2026
MotoGP announces a new docuseries exclusively for Amazon
MotoGP 2021: “Something has to change”
MOTOGP 702