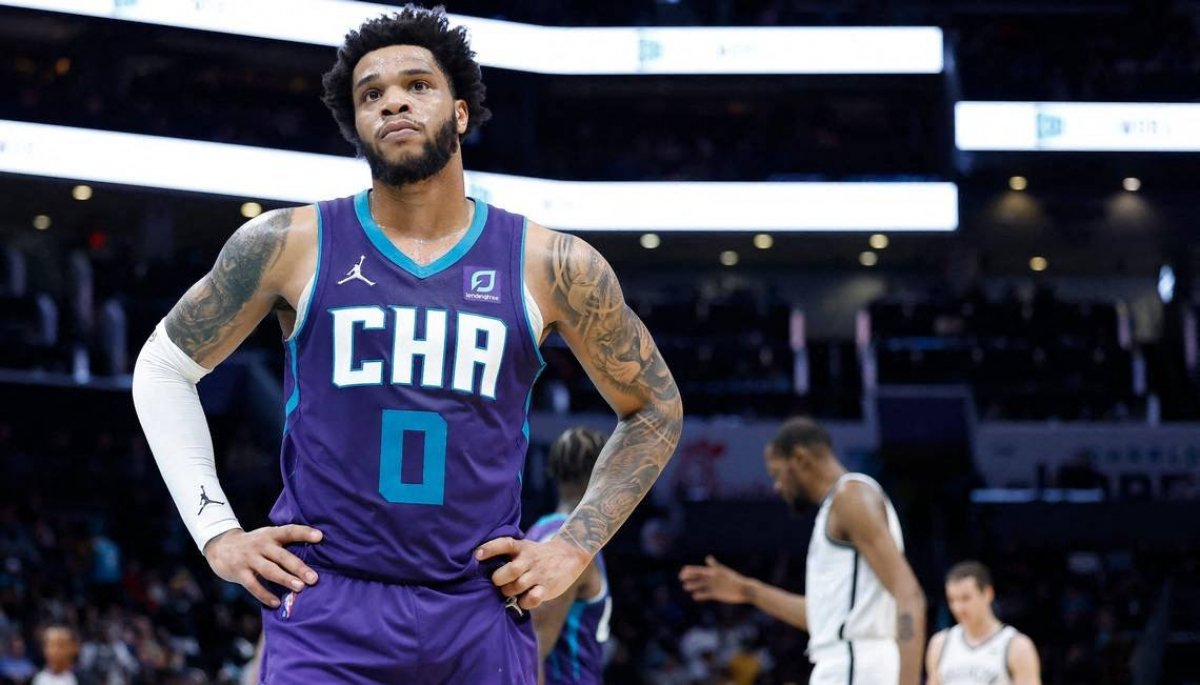 Miles Bridgeseaves of the Charlotte Hornetswas accused of an alleged assault against his partner, in front of his two young children, and child ab

Miles Bridgeseaves of the Charlotte Hornetswas accused of an alleged assault against his partner, in front of his two young children, and child abuse, by the Los Angeles County Prosecutor’s Office (USA).

George Gascón, who is in charge of the Los Angeles County Prosecutor’s Office, assured in a statement that this type of violence “creates physical, mental and emotional trauma that has a lasting impact on survivors.”

Although the basketball player pleaded not guilty to the charges, the judicial process has just begun. In fact, according to AP journalist Steve Reed, the athlete risks a sentence of 11 years and 8 months in prison, according to the Los Angeles District Attorney’s office.

According to the LA District Attorney’s office, Miles Bridges faces up to 11 years, 8 months in prison if convicted of the current domestic violence charges against him. https://t.co/3XZ8X1bzET

Bridges was the leading scorer for the Hornets last season, averaging 20.2 points, 7 rebounds and 3.8 assists per game, and had been made a qualifying offer by his team prior to his arrest, giving them a chance to match any offer you receive from another team. But after these incidents, depending on the court ruling, they could change his plans with him.

The best foreigners in history: Nowitzki above Giannis, Pau Gasol fifth …
Warriors and Curry, rule in the NBA
NBA: Lakers outlive Heat by or despite Russell Westbrook
NBA 3166