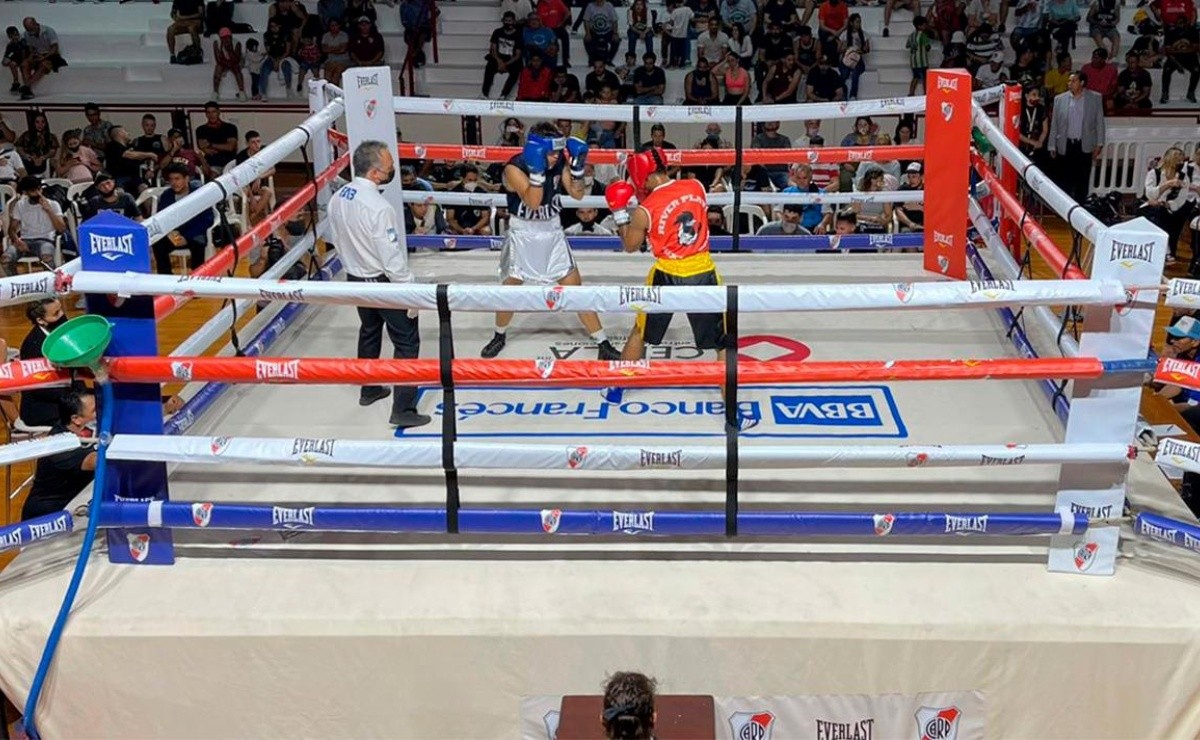 Last Friday at the River microstadium a new project for the club was kicked off, that of forming an amateur boxing team that aims to train the best

Last Friday at the River microstadium a new project for the club was kicked off, that of forming an amateur boxing team that aims to train the best boxers in the entire country.

River experienced a magical night of boxing last Friday at the club&#8217;s micro-stadium.

River is much more than a football club, dozens of disciplines are developed in it. One of them and that from now on will have greater relevance is boxing. Last Friday, December 17, a selective championship was held in search of the formation of the River Boxing Team, a team of amateur boxers who will seek to grow, train and become professionals tomorrow. The decision to form an amateur team brings with it an accompaniment to the fighters both socially and economically.

It should be noted that Friday&#8217;s event was the tip of the iceberg and that this project is designed in the long term, in principle until 2026. On the other hand, it is important to note that the event will continue in the rest of the provinces to encourage the participation of boxing fans who want to form the River Boxing Team. Once the qualifying stage is over, the finals will be again at the River microstadium.

In last Friday&#8217;s event there were 14 fights of which 13 were male and the remaining female. In River&#8217;s microstadium, the characteristic emotion of the great boxing evenings was experienced and the public was vibrated with the fighters who gave their best. It was not a minor detail the presence of Brian Castaño, the best Argentine boxer of today who on July 18 fought against Jermell Charlo in the United States and who is romantically linked with River, a club that always recognized him.

The fights of the evening:

8) Zadkiel López (won by suspension of the fight in round 3) vs. Agustin Leguizamón

14) Franco González (won by suspension of the fight 2 round) vs. Luciano Sanchez.

Tags: boxing
“Promises of Boxing”, the tournament that will seek to revolutionize amateur boxing in the State of Mexico
They change rival to Gervonta Davis and will face Isaac Cruz on December 5
Boxing: Kambosos surprises and wins Tefimo Lpez to take away the lightweight scepters
BOXING 1352