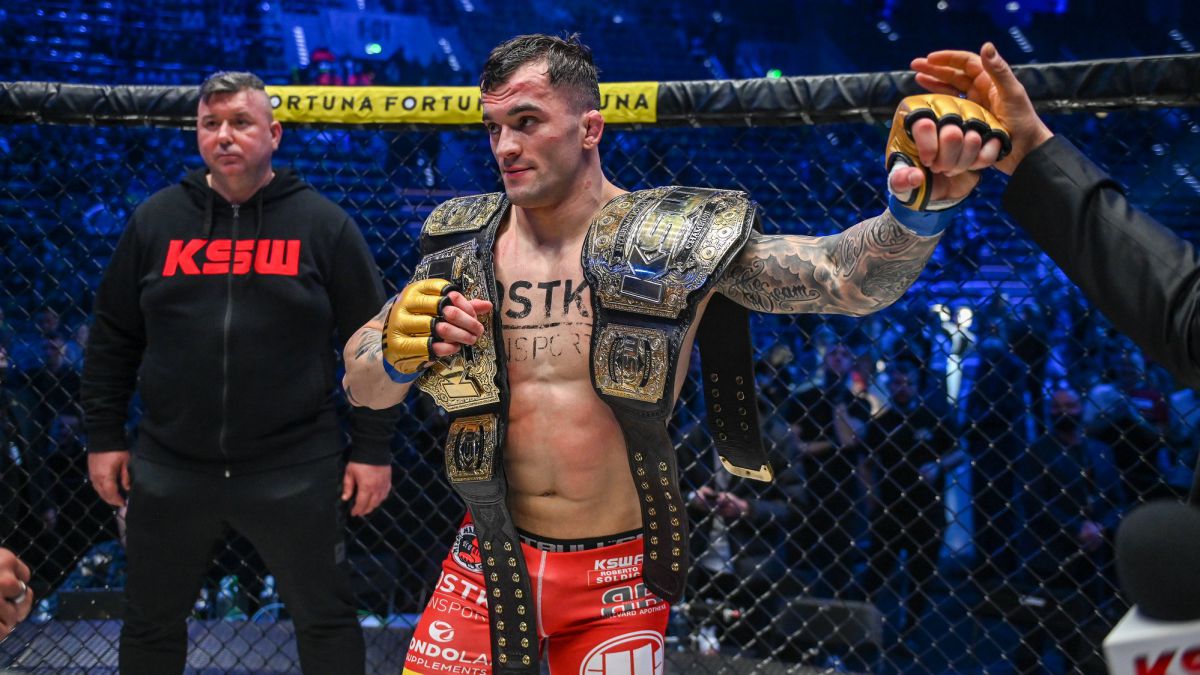 The last weekend before Christmas has left many topical names. Within MMA, and outside of major American companies, one fighter stands out above

The last weekend before Christmas has left many topical names. Within MMA, and outside of major American companies, one fighter stands out above all. Roberto Soldic continues to increase his invincible aura. At the age of 26 he has managed to be champion in five different companies and last Saturday he tried the most difficult one yet. He is a welterweight champion of KSW, the most powerful company in Europe, and last weekend he raised the middle belt. That second title was achieved after a brutal KO on the champion, Mamed Khalidov.

That completion, and his records, make his name not stop resounding in the heads of fans. He has won 20 of 23 fights and in 17 he has knocked out (1 submission and 2 decisions). In addition, he has been undefeated since 2018. A promise that is already a reality in the old continent, but that has yet to reach the big leagues. The rumors of his signing by the UFC, the main company worldwide, are constant … although at the moment Soldic has a contract with KSW and the Polish promoter has no intention of releasing it so easily. It is perhaps your greatest asset at the moment.

Soldic was born in Bosnia (he has Croatian nationality), but in the absence of opportunities He did not hesitate to pack his bags in 2015. He met his now coach, Ivan Dijaković, and moved to Düsseldorf, Germany. Since he was little, he started judo and MMA and when he arrived at his new home he had already made his professional debut. He was only 19 when he did it. He was always precocious and when he swept several companies, KSW didn’t hesitate to give him a headline shot. In his first fight (December 2017) he won the welterweight belt and although he lost it in the next fight, he showed that he had a future. He took revenge on his executioner and since then no one has been able to stop him. Saturday’s KO is the sample of the potential that it has. A new diamond is being polished in Europe. The United States is close behind. Everyone expects ‘Robocop’ in the big leagues.