Rockets 124-91 Thunder | NBA: Usman Garuba specializes in the NBA based on plugs 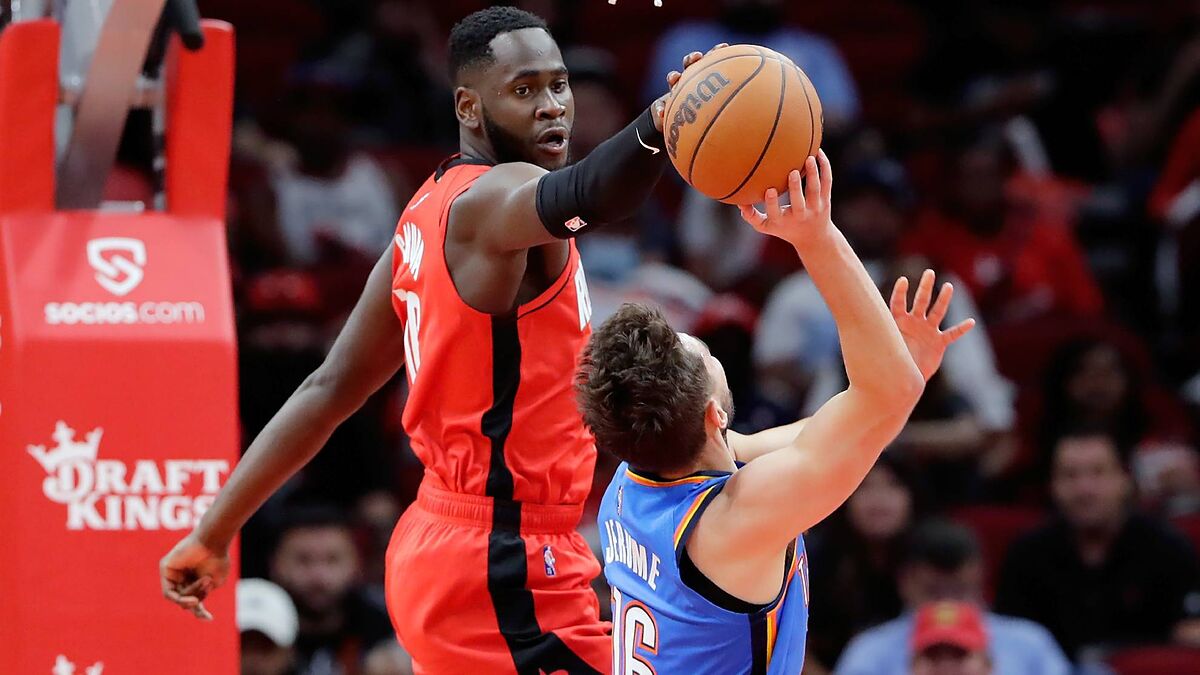 ANDl pvot Christian wood asserted his status as new leader of the Houston Rockets and with a double-double of 31 points and 14 rebounds headlined the scoring display of the Texan team that won by beating 124-91 to the Oklahoma City.

The Rockets’ triumph came in the first game they played this season at their Toyota Center field, in the team duel in the middle of reconstruction, and loaded with young players.

The Rockets had up to four rookies on the field, all of them 19 years old, who were selected in the last university draw, with the Spanish power forward Usman Garuba among them.

The Oklahoma City team had few answers for Wood, who made 13 of 19 shots from the field, including 4 of 6 from the 3-point line. Fourth in Most Improved Player voting last season, he also blocked four shots and had a steal.

The Rockets looked much better than in their 124-106 season-opening loss at Minnesota on Wednesday night, when they suffered their first loss of the season.

The guard-forward Kevin Porter Jr. also confirmed his status as a key player in the coach’s schema Stephen Silas and stood at the gates of a double-double with 18 points and nine assists.

The veteran escort Eric Gordon, which came out of reserve, wrote down 22 points, including four 3-pointers from six attempts, and the forward Jae’Sean Tate, who started, had a double-double of 16 points, 14 rebounds and five assists.

Rookie guard Jalen Green, who was the second pick in the last college draft, scored nine points in his debut against Rockets fans.

Including Green, Sengun and their first-round teammates Josh Christopher and Usman Garuba, the Rockets completed the list of the four rookies who saw action and made history with the team.

Garuba played the last 5.49 minutes of the game and missed both shots from the field, including a triple, but played good defense when catching a rebound, put a plug and had a loss of the ball.

The Argentine forward Gabriel Deck, Garuba’s former partner at Real Madrid, he played nine minutes, the first of this season with the Thunder, and se was blank for missing both field goals he made, including a triple.

Oklahoma City made just 37 percent of field goals and made 9 of 16 personnel pitches, costing it its second straight loss so far this season. Houston dominated Oklahoma City in the paint, beating the Thunder 58-34 points and winning the rebounding battle 53-40.

Loading...
Newer Post
GP Emilia Romagna MotoGP 2021: Darryn Binder climbs and this is the MotoGP grid for 2022
Older Post
They arrested a woman for the stabbing crime of a 21-year-old boxer