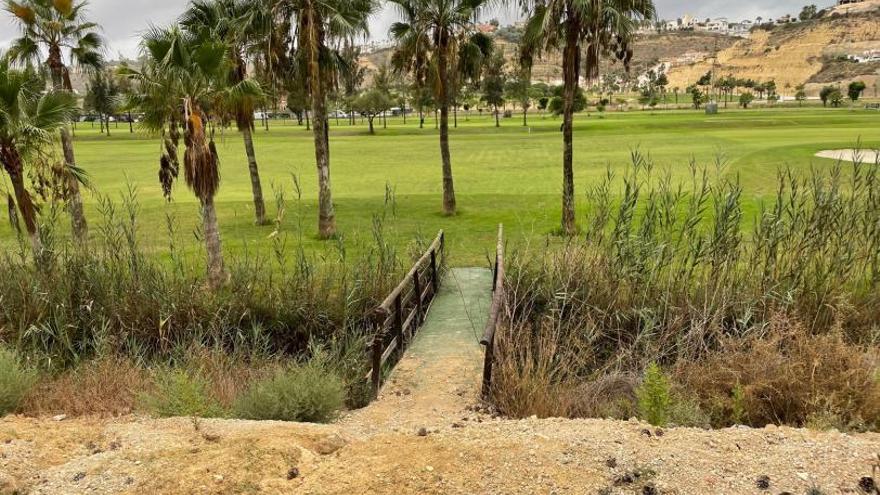 The team of Rojales socialist government has “passed” the claim for information requested by the Grievance Syndicate on a complaint filed with this institution by an individual about the protection of urban legality in the municipality’s golf course. Among other actions, the complaint cites the construction of a parking lot of almost eight thousand square meters on the ground of the golf course, allegedly without changing the classification of common undeveloped land, nor its classification from golf course to tertiary. The Syndic Angel Luna has closed the complaint without receiving a single response document from the Rojales Urban Planning area despite reminding the mayor Anthony Perez that he was obliged to respond in writing. With what exists, the Síndic assures, a lack of collaboration in not having provided the requested information and documentation, neither at the beginning of the procedure, on May 19, nor the subsequent request on July 12, until closing the complaint on August 30th. Inattention by the City Council that Luna will report in the Valencian Courts.

Sources from the government team Rojales Town Hall have ensured that all the works carried out in recent months in golf and its surroundings are authorized and legal. The same sources maintain that no municipal infringement file falls on any of the actions. They also point out that Urbanism technicians are preparing a report in response to both the individual’s briefs and the Ombudsman. In the latter case, despite the fact that the complaint has already been formally closed. The same sources did not succeed in specifying why the officials chose not to respond despite the fact that five requests from the individual have been registered since mid-2021 and three from the Síndic.

Among other alleged irregularities, the successive complaints by the individual -five registered in the electronic office between July 2021 and March 2022 and later submitted to the Ombudsman- includes the construction of this car park on some 8,000 square meters on the old hole 9 of the golf course to provide the commercial area. The documentation submitted to the Síndic ensures that action has been taken on rustic land.

If so – something that the City Council does not clarify – it would require a more complex procedure than the request for a major building license. The car park has been built to provide a commercial area that now supplies a large part of this sector of the development.

The complaint also cites the reservation of some one hundred square meters of Teide Avenue – the roadway and what would correspond to sidewalk- for the location of a private car park with a reserved canopy. Complaints to the City Council’s Department of Urban Planning, with civil servant technicians who know the urban plan in detail Quesada City and its different phases of development, also point out the execution of numerous clearings and earth stockpiles in the perimeter of the golf course and the danger that these works pose for pedestrians. It also affects that the entire sports facility lacks security fencing, something that entails danger with terrain accidents typical of golf courses such as lakes.

the golf course was founded in 1989 and is one of the oldest in the province. It is located in Ciudad Quesada, one of the largest urbanizations in the Valencian Community – around 15,000 homes-, which multiply the extension of the traditional urban center of Rojales. It began to rise in the late 1970s by Just Quesada, although it was consolidated by the arrival of drinking water from the Commonwealth of Canales del Taibilla since 1984. This developer was one of the first in the province to exploit the residential tourism model with intensive land use.

The subsequent real estate activity was deployed by his family through other companies – with urban projects in the same area for 40 years. Of the influence of these merchants in the local administration They speak, among other gestures, that the Rojales City Council dedicated the name of one of its main avenues to Justo Quesada during his lifetime.

Loading...
Newer Post
Tennessee got its first victory by beating Las Vegas
Older Post
Motorsport or boxing? The deplorable reaction of a pilot against a colleague in the middle of a Nascar competition